Seven games that evolved the narrative in 2016 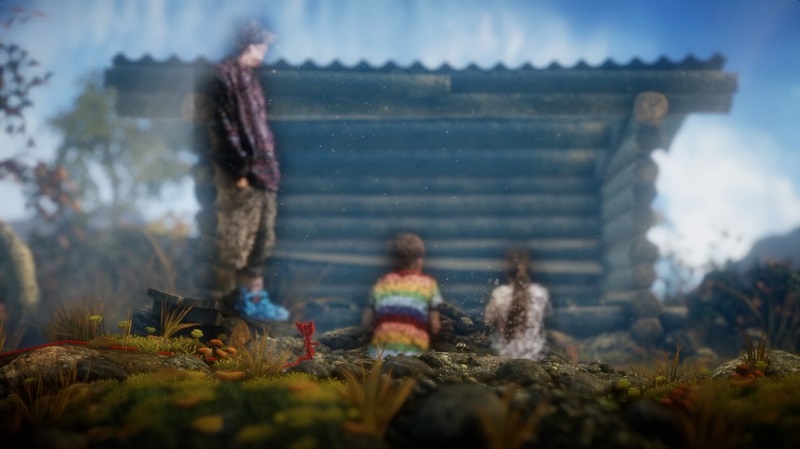 11 Jan Seven games that evolved the narrative in 2016

Posted at 10:12h in Games Review by Godfrey 0 Comments
0 Likes

Often, between discussions about graphics or industry mechanisms arranged to make our savings out of our pocket, we forget that video game, as well as fantastic entertainment based on what is transmitted through the controls or the keyboard, is also a means created to tell stories.

From simple and hackneyed saving the damsel in distress to the treatment of terminal illness of a loved one, the video game world offers some extremely banal stories but also other to remove your hat. More than about them, we want to talk about how to transmit it, how some have done it masterfully during the last year and how others can go a step further in 2017.

Placed on almost all lists of the best games of the year, ‘Firewatch’ does not come to that place by assuming no revolution playable level, what makes taking advantage of a story and how to tell it. The story of Henry and his relationship with Delilah, largely controlled by our own actions and the need to empathize and simulate the mood of the protagonist in each moment of the adventure, are ended up in a maguffin that seems to take us through other directions. A story about who is in charge, about their successes, their failures and how life often binds them as if an adventure with happy ending was. What really screwed up is that in the end there is no escape, the final is a final, period, no flowers and no pats on the back, and feel that what has happened has been a unique experience in the middle.

It would be logical to leave alone ‘Inside’ for having won the public and critics of a much more widespread way ‘Unravel’, but did not think it was fair to give back to the second. In both, although each in its own way, the lack of dialogues or aspects that mark the course of history beyond what we are seeing on the screen are solved by showing us the evolution of the world as we pass through it. If in the case of ‘Inside’ all that way leads us to an end of absolute dementia and impact, ‘Unravel’ does the same by taking out a timid lagrimilla. Apparently get both without saying anything is quite a statement of intent.

One of the things that most men say to ‘Oxenfree’ is the speed with which the dialogues disappear. Accustomed to live the adventures as if it were a game of chess, a constant give and take in which each member waits his turn, what is offered here is a previously thought out story that follows its own pace with a single goal, to do Grow the characters and endow them with an exemplary depth in which with each phrase, or silence, we can know them better. This is not a story click mouse moves, here it gives the characters in the role of a player in which even breaks or the possibility of finishing the sentences of your party are part of the magic.

You may also like to read another article on GameGreatWall: The best and the worst: E3 2016

In Remedy they have shown more than once that love to tell stories, and if ‘Quantum Break’ deserves a place here is how it played everything to the letter of the transmedia. He promised to be one of the great revolutions of the milieu, and, like so many other inventions that no one remembers, he failed in his mission to win over the public. But beware, did not blame his idea, that’s another story, because if ‘Quantum Break’ was proposed to promote convergence between two media, it did the job and do it perfectly demonstrated.

Impossible to avoid in this election some shock, is that as we discussed in our analysis of ‘That Dragon, Cancer’, decisions in playable in this visual novel were not entirely successful to try to settle the debate about the struggle between play and history. Not for this, however, it deserves less attention, and it is that it manages to give a depth to the never-before-seen environment in which the hardness of a story narrated through the tears of some parents irretrievably marks you throughout the game. Next to him we live one of those episodes in which it is shown that not everything is not invented, but there are many ways to explore.

How can the umpteenth triple adventure A be a leap in the maturity of the medium beyond the technical? If ‘Uncharted 4’ is here is not for the evolution of the franchise, of the union between Nathan and his brother or his conversations. If of Naughty Dog deserves a hole is made by how your home and get the most mundane of life of its protagonist side becomes an unforgettable experience. If from ‘Uncharted 2’ I will always remember the segment of the train, from this fourth delivery I will have burned moments such as the loft or sofa.

When the games on work became fashionable never imagined that would lead us to a genius like this ‘VA-11 HALL-A’, play unfairly treated on the excuse of serving drinks in a bar serves to unleash To tremendous dialogues in which drink after drink customers give way to their demons to reveal all their depth. One more example of the many ways that the media gives way to talk about aspects such as poverty, consumerism or personal misery without resorting to great artifices.

Waiting to see if we finally get things like ‘Death Stranding’ or ‘Detroit: Become Human’ (the follies of David Cage always given to a handful of lines of narrative), there is the ‘Vampyr’ from the creators of ‘Life is Strange’ and ‘Remember me’ to reconfirm that of Dontnod have caught the hang of it break your neck with his twists.

Rarities like ‘Sea of Thieves’ ahead for the difficult challenge of making multiplayer games another way of narrating and although the Japanese costumier of ‘Person 5’ and American ‘Red Dead Redemption 2’ promise pleasant surprises, eyes we will have put on the independent scene and his inventions.

That ‘Rime’ could give a bell if just approaching the Team ICO, while others like Supergiant Games never disappoints with his way of telling stories, and the rest of the scene is always trying to take a little step further, even from its humble budget, The way we visualize, read and enjoy the stories that have us prepared.