10 online games you can play for free from home 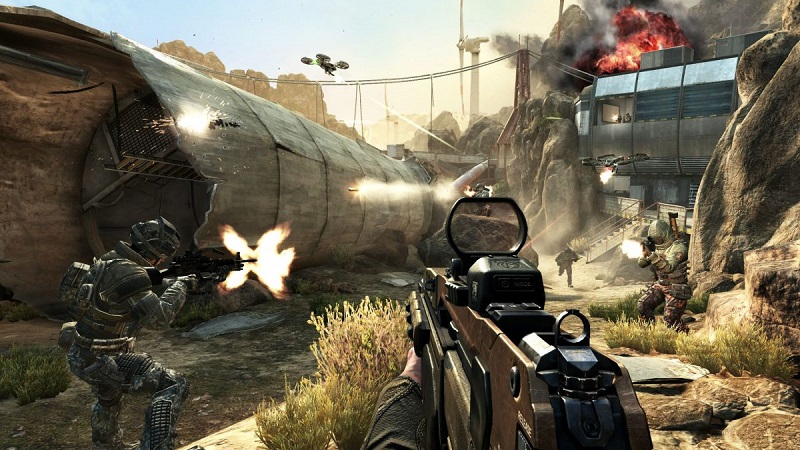 There are few more fun and rewarding ways to stay in touch with family and friends than playing an online game while discussing the game, or strategies, on the headphones. And if they are free, even better. There are dozens of great online games to play with people, which is why we have selected the best free PC games that can be played online.

We have tried to put aside the oldest ones, which are still playing thousands of players, from CS: GO to Hearthstone or DotA, because everyone already knows them. This time we opted for newer games. Some have been released just a few weeks ago.

We’ve also included some classics that are inevitable these days, from Fortnite to Destiny 2. Take a look at the list because there are surely some you did not know.

All these games can be played and enjoyed for free, without limitations. Some have additional paid content, such as new missions, expansions or aesthetic content, but as we say they can be played without problems, without disadvantages and without spending money.

Best online games you can play for free from home

Fortnite has another problem to worry about. CoD’s free Battle Royale is here, and it kills 30 million players the first week.

You can download  Call of Duty: Warzone completely free, without having to buy any game from the CoD saga, it is a separate title.

Warzone takes place in Verdansk, a vast city with numerous areas and more than 300 points of interest.

In Battle Royale mode 150 players face off against each other in teams of up to 3 players. A circle of lethal gas is closing so that players are forced to fight, as is already a tradition in the BR. Various types of vehicles allow quick gas escape.

When you die you go to a gulag where you have to compete for 1 against another defeated player. Whoever wins returns to the game. If you lose you must wait for your team to fulfill contracts (tasks and challenges) to free you.

There is also a Loot mode in which two teams compete for treasures, and when you defeat an enemy you keep the ones they carry. The team that accumulates the most treasures wins. 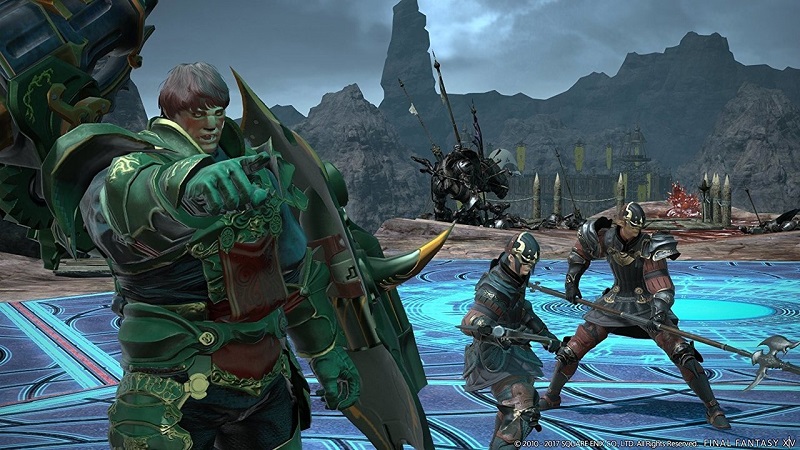 It has taken years, but in the end Final Fantasy XIV has become the game it wanted to be, and what it deserves one of the most legendary sagas of video games.

It is an online fantasy role-playing game where you play a character who has a certain job or class: fighter, healer, magician, thief, etc.

Alone or in the company of your friends, you have at your disposal hundreds of missions that will take you to all corners of the world of Hydaelyn, shared with thousands of players.

A deep game, very fun and with a very Japanese style that makes it very different from the usual medieval role-playing games that we are used to in the West. 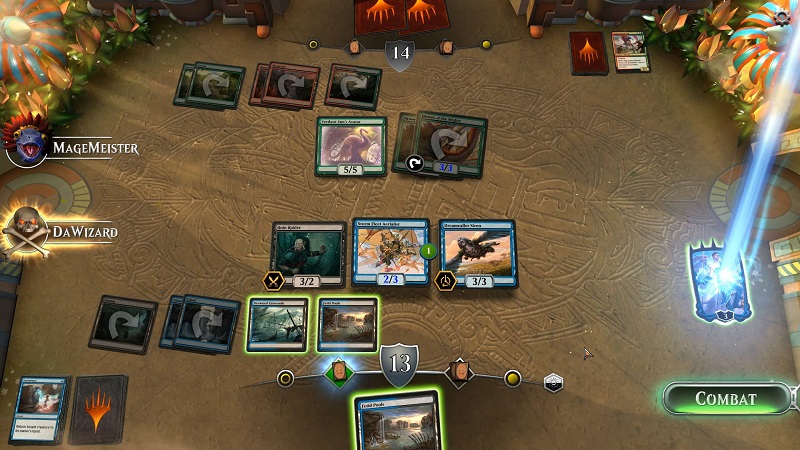 The card game that started it all is back a couple of months ago with a fairly generous free version, where you can easily get card packs, simply by winning games.

Magic the Gathering Arena maintains the popular game system that has been active for almost 30 years, albeit with the numerous strategic variants applied by the different card collections.

The game includes a narrated tutorial in Spanish where they teach you how to play, and you can practice everything you want against AI. But it has no campaign or individual missions. It is a game designed to play online against other players.

Four times a year a major update occurs with new card collections. It is a game in which you will spend as much time playing as preparing your deck. For lovers of strategy. 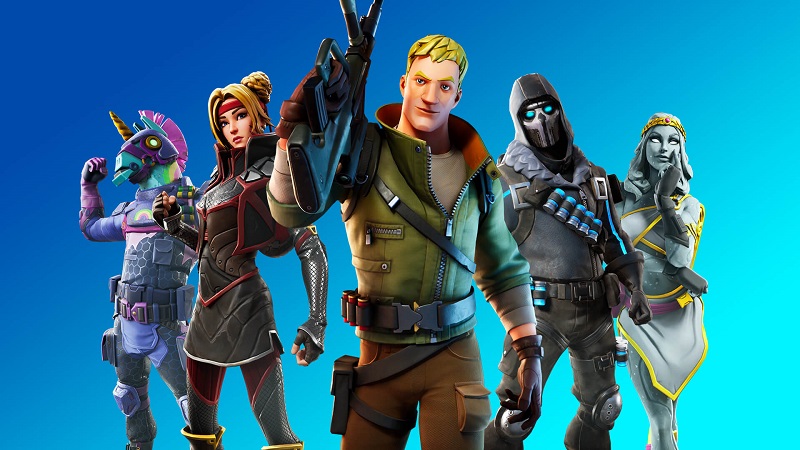 Is there anyone who doesn’t know Fortnite? It is one of the most played games of the moment, so we did not discover anything new. But it is mandatory to include it in this type of list with the best free online games.

Although it was not the promoter of the Battle Royale (that merit is from PUBG), it was the title that popularized them. It continues to maintain this mode all against all by teams of three players, but over time it has added others, such as Saving the world, where you face hordes of monsters or enemies, another was when they kill you, the respawn is immediate, and A Creative mode where players can customize their own island.

Although it begins to show signs of fatigue, it is still a fun game that is constantly updated with playable news and allows cross-play. That is, you can play with people from PCs or other consoles. 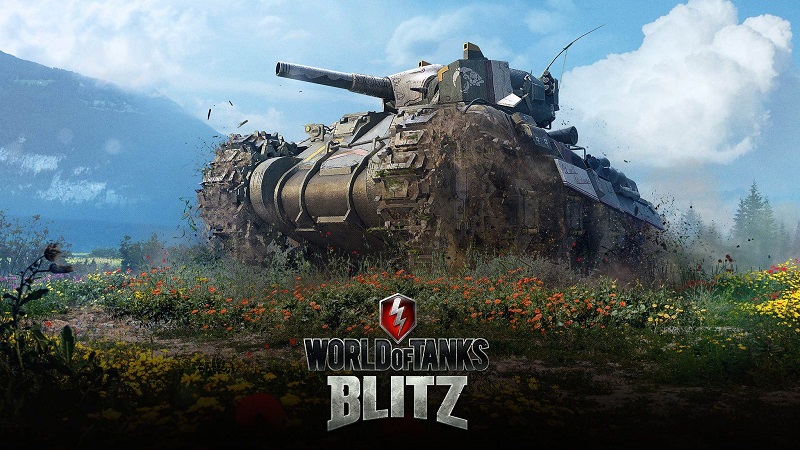 World of Tanks is one of the most played free war games ever. If you don’t have an underpowered computer or are looking for lighter action, without complicated controls,  World of Tanks Blitz is the mobile version that has been converted to a PC.

Many of its predecessor’s simulation and strategy mechanics have been removed, leading to a collection of furious tank-to-tank battles, dominated by action and quick reflexes.

You have more than 300 types of tanks to choose from, 26 different arenas, and online battles of 7 against 7 tanks. As you defeat enemy tanks you get upgrades for your tank and crew.

If you have a touchscreen laptop, you can even play by tapping the screen.

An entertaining game to play a few quick games at any time.

Monster Hunter World was one of the best-selling games of the past year. A free alternative to the great success of Capcom is Dauntless, which proposes the same goal: to hunt down huge monsters called Behemoths, which are devouring the world.

Dauntless is a game of exploration and fight against huge enemies, or against other players. By exploring or defeating the giants you get materials with which to forge new weapons and upgrades.

It is one of those games that is much more enjoyable playing with friends in cooperative mode. Fighting large monsters in groups is essential in Dauntless.

There are very different weapons (from swords to pistols or pikes) that completely change the way of fighting.

Auto Chess was one of the biggest surprises of 2019. It appeared out of nowhere and became one of the most played games of the year.

But what is Auto Chess? The truth is that its mechanics are quite simple and that is why it has attracted many people, but the key to its success is its strategic depth.

Auto Chess, as its name suggests, is a Chessboard where the pieces fight alone. There are dozens of characters, each with their abilities, stats, class, rarity, etc. You simply drop them on the battlefield, and they alone fight the enemy.

Of course, they can’t all be dropped at once, and also certain combinations of characters, or classes, change their stats. Some are weak or strong against others, and there are also objects to improve them.

It is a game where no skill is needed to play because the characters fight alone. It is a pure strategy. If you try it, it will hook you.

Complete the trio of aces in the free Battle Royale with the spectacular Apex Legends, developed by Respawn for EA.

It presents some differences compared to Fortnite since you can choose between characters with different abilities, which you then have to take advantage of on the battlefield.

There is a touch of strategy as in three-player teams, the skill mix can be more or less effective. Combats bring together 60 players on the same battlefield.

It is one of the best free online games out there right now.

There is life beyond games where you have to constantly fight. Albion Online has all of that, but it also allows you to become a farmer, blacksmith, or merchant, and earn a living on tasks that don’t require killing anyone.

It is an MMORPG, a massively multiplayer game where thousands of players share the world, which they mold as they wish. Albion is a huge open space where you can dedicate yourself to many different things since there is no good or bad way to play.

Practically everything that is used in the game, from weapons to armor, furniture, houses, and other utensils have to be created by the players from the materials they collect, so it is they who sustain the economy with the sale and purchase.

He has very original ideas and a little goes beyond the proposal of other MMORPGs that seem to be made from the same mold.

Although it started as a paid game, Destiny 2 has a free version that will provide hours of fun.

It is a spectacular multiplayer online shooter in the first person, an MMO with triple-A category, in which you can play alone or with friends in cooperative missions with narrative, or in PvP (player versus player) combat.

The action takes place on different planets in the Solar System, and by overcoming challenges or beating other players you get more powerful weapons and armor.

You are also part of a clan, with which you can overcome missions to get specific rewards.