Sniper Ghost Warrior 3 will have a season pass, but if you book on PC or PS4 you will have it for free 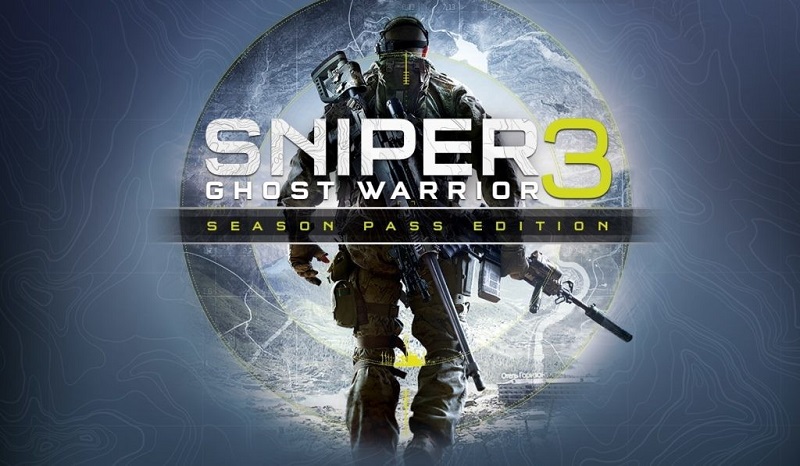 02 Feb Sniper Ghost Warrior 3 will have a season pass, but if you book on PC or PS4 you will have it for free

The bonuses for booking a game have become practically a tradition, although not in all cases they offer an attractive incentive. Sometimes it is some alternate costume, an exclusive weapon or a handful of extra credits to start the game with some ease, but of ‘Sniper Ghost Warrior 3’ is something unusual: if you book in PS4 or PC bring you the Season Pass.

CI Games has announced that its next shooter will have a season pass that add to the contents of launching two expansions for the campaign mode entitled ‘The Sabotage’ and ‘The Escape of Lydia’, two exclusive weapons, an SUV and two maps for multiplayer on a single digital bundle for 29.99 dollars, although those who reserve the game will receive it free. 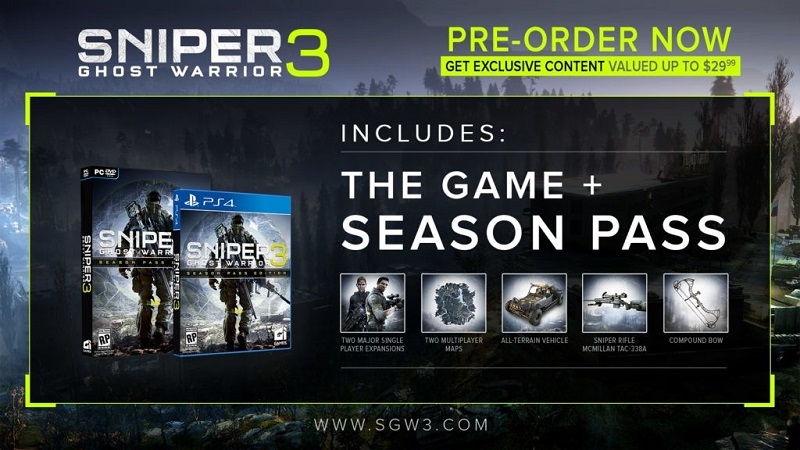 By the announced release of Xbox One, if we reserve the digital edition of ‘Sniper Ghost Warrior 3’ from the store of Microsoft we receive additional player campaign “The Escape of Lydia” and a compound bow. It may not be all content post-launch, but definitely more than I normally received by a digital acquisition.

You may also like to read another article on GameGreatWall: Injustice 2 shows the customization of characters and fighting in a new gameplay

You are an American sniper deployed behind enemy lines in Georgia, near the Russian border. Ruthless warlords have taken the area and it is up to you to prevent the whole country from falling into chaos. Explore extensive open-world maps with dynamic climatology and a day / night cycle that affects your game and the decisions you make.

‘Sniper Ghost Warrior 3’ will be available from next April 4 on PS4, Xbox One and PC. Yes, from February 3 open beta will begin on the same PC, giving the opportunity to check if our desktops meet the requirements to enjoy the experience, and incidentally our aim in enemy territory.