Do not miss the epic trailer for Star Wars The Old Republic: Knights of the Eternal Throne 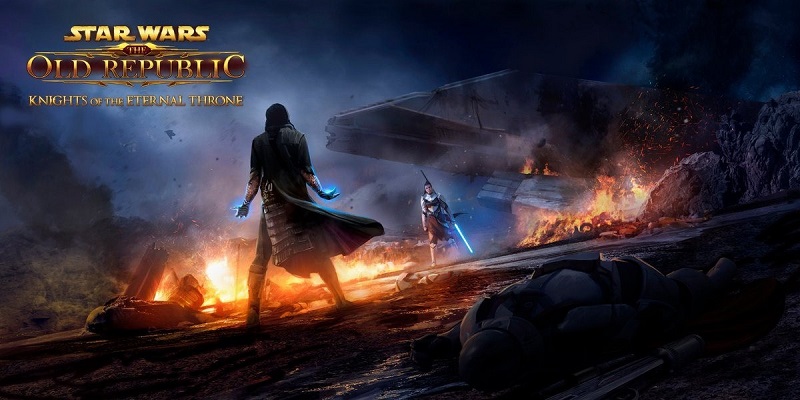 08 Oct Do not miss the epic trailer for Star Wars The Old Republic: Knights of the Eternal Throne

The BioWare last July, to mark the fifth anniversary of ‘Star Wars: The Old Republic’, announced the development of a new expansion of this MMO based on the popular universe created by George Lucas.

‘Knights of the Eternal Throne’, the name that will have this new content, is getting closer to reach the shops and that is why Electronic Arts and BioWare have wanted to promote it with great cinematic trailer in which we narrate virtually alone with images of the main argument.

You may also like to read another article on GameGreatWall: Killer Instinct is updated by adding your own story mode … and is very complete

According to the statement released by the company players will be an Outlander and will have to command an army of soldiers in a conflict between a mother and daughter to seize the power of the throne. Depend players choose who will die and who will live to rule the galaxy, if the light side or the dark side.

Although ‘Star Wars: The Old Republic is free-to-play, the expansion will not be, but those who subscribe to the game can download it for free as it becomes available. That time will come from December 2.