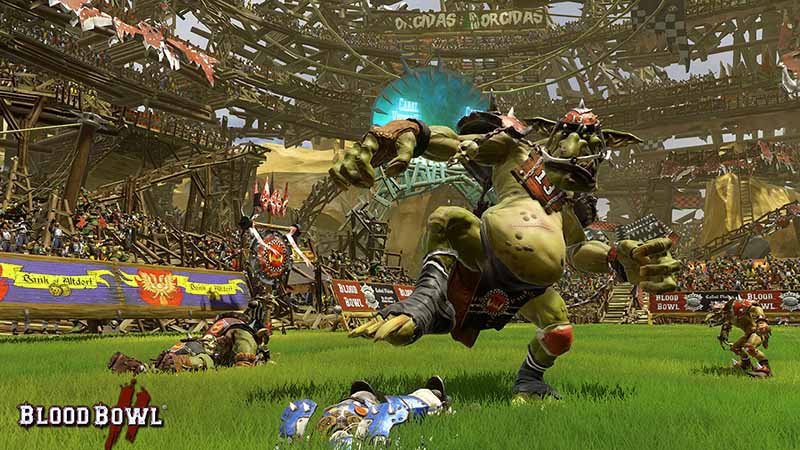 Posted at 14:51h in Games Review by Godfrey 0 Comments
0 Likes

It is too easy to miss a game like Blood Bowl II, first because it is a sport based on a little hitch in our country and secondly because we are talking about a sports game movement turns title. These two factors are enough for many players have ignored reasons, even have not heard of this sequel to the faithful adaptation of 2009 Cyanide Studio of Blood Bowl, the game of football based on the board game created by Games Workshop.

Honestly, I had never tasted a title based on the sport, not the famous board game, but without being a hardcore fan the universe Warhammer has always seemed fascinating. The show, the magic of American sports, this curious mixture of ingredients and of course a predilection for the strategy pushed me to become one of the most sensible acquisitions that have been performed since the console launched Sony.

Possibly fall quickly and erroneously conclude that we stand before a title can excel by their rules is also something that can throw you back. No need to feel intimidated if you have not played before a football game. Its dynamic is simple to understand but it is true that the strategy is another component that requires practice and of course “vision.” But you enjoy doing your first steps as a strategist surely right now and you’ll be tempted. Two teams and eight races with different strengths, weaknesses and star players in their ranks to stand with their moves. Many of these characters faithfully recreated the original miniatures board game.

We face different races, each with a different play style and abilities. Some players impose but do not be intimidated by their appearance

The mechanics of the games is simple: either team throws the ball field; this action has different consequences depending on the trajectory of the serve and the location of each player from both teams. Move your players on the field to anticipate the opponent’s movements, block and align your key to receive a pass or get the ball players but also avoid attempts by opposing players to knock down your players and shoot them down to be more likely to flourish in a good effort on the field. 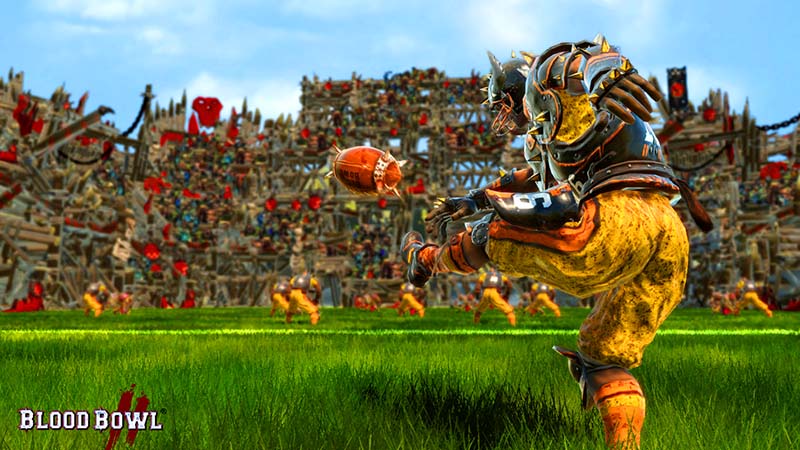 In Blood Bowl II a movement, a play, a long pass or a race to the touchdown they are developed and studied actions. Complex in the sense that they require prior analytical and a study of each situation and the position of both teams. The statistics of each player determine the chances of tackle, an effective pass or interception taking into account the number of players and opponent’s action and surrounding the central player. The roll of the dice by both coaches determines the success or failure of an action, but nothing is ever certain. A player can increase his experience during a game, evolve, and this results in the development of different skills that later will play an important role in the player’s performance on the pitch and in the outcome of these dice rolls.

Of course you have to like the strategy to delve into this game. Personally I am not very fond of fighting and shift movements but the considered actions and team coordination. If this is also your case, you will enjoy preparing every move, move retention or training of attack or defense. Build the play turn by turn gradually gets closer to touchdown is a fun and satisfying challenge.

A sports title with great touches turns based on a real sport where anything goes. The games are very exciting, plus luck with the dice have advantages like repeating roll, use of apothecaries and other variants that can change the outcome of an action. Never take anything for granted in Blood Bowl , although a play or movement may seem clear or definitive. Create a team from scratch and manage it to gain experience and personality is fun but be careful because our players can get injured even die for a brutal game.

As for the depth of the game content is not left short. Start with the great campaign mode is ideal to enter the game. Then we found: Individual league, multiplayer league, friendly match, transfer market, and customizable kit stadiums. At our disposal eight races available from the start, plus two downloadable. Humans, Orcs, Bretonnians, Dwarfs, High Elves, Dark Elves, Skaven and Chaos. Lizard Men and Elves previous disbursement through the store.

You may also like to read another article on GameGreatWall: Color switch

Blood Bowl 2 mixes the rich universe of Warhammer and American football in a fun cocktail of turn – based strategy based on the board game of Games Workshop. Those who seek original sports titles and to stay away from the usual, this game is an option very interesting and complete. Manage and evolve your team and then throw it to a new game where everything is possible is very entertaining. When you get to prepare a good play is impossible not to get off the couch and scream, because only you know the previous study that you had to make to the ball has made touchdown. Indeed is not a game for everyone, its slow and analyze pace sometimes get leave exhausted and time one party can easily reach one hour. Getting further and in a more personal opinion, I’d say plays a game a day; two at the most, is the ideal place to enjoy this game. If you manage to conquer considering maybe you’re not fond of the sport or the universe in which it is based, it is an achievement.