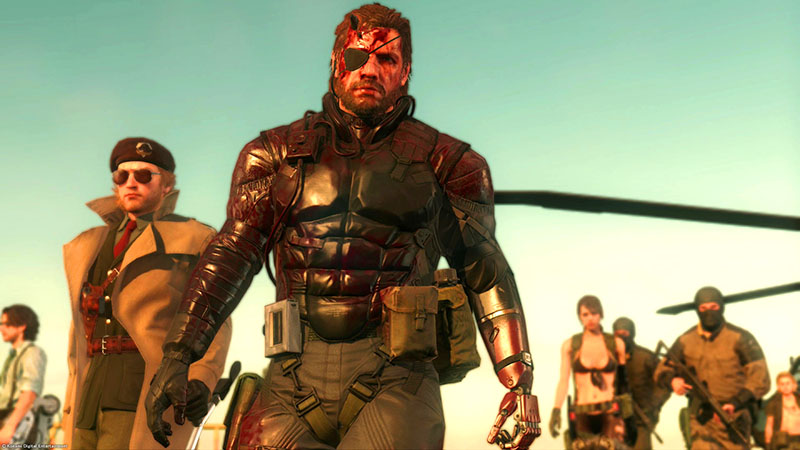 Posted at 13:58h in Action, Adventure by Godfrey 0 Comments
0 Likes

Had long wanted to talk about one of the most interesting missions has MGS V: TPP, the number 43 to be exact. A mission that can get to reserve the most exciting moment of the game because in it a powerful charge of emotion that is rising from start to finish is compressed. This chapter is capable of generating one of the highest levels seen in the series epicedia after the outcome of MGS 3: Snake Eater. While being frank, all Metal Gear locked inside unforgettable moment’s representative of each delivery. However, we are here today to talk about the Mission 43, one of the most complex tasks that have to deal Venom Snake.

The controversy often go hand in hand with the game often for situations in which they can get to place the player, remember ” No Russian ” from Modern Warfare 2 for example. Sometimes the themes that address such situations are extracted directly from the rugged reality of our society itself. Taboo subjects, crime, and immoral behavior, current problems of various kinds or crisis facing humanity or has gone through. Thus the scope and impact intensifies. In this sector if something is able to generate buzz and to talk about quite possibly be the meaning of a great success.

Mission 43 addresses a real issue; the danger of large – scale pandemics and deadly viruses designed in the laboratory. A threat posed once more through a game and of course with zombies involved. But this time the way they depicted could reach interpreted as a nod of Kojima to popularity experienced by the zombie genre in recent years, thanks to a series we all know and his way of putting the holocaust of undead. Right or wrong, the fact is that there is a time MGS V that shares certain important similarities: the evolution of a character and problems of a group, in this case the Diamond Dogs, when survive in an extreme situation and of course the great emotional burden of difficult decisions to be taken in such situations. The ingredients that have made a success of The Walking Dead.

The mission is actually simple. A level you have to go slowly and calmly, no nooks or complicated goals to achieve, no alarms that we can shoot or potential enemies that you have to fight with skill. A building of our Mother Base has entered quarantine and diverse staff of our army is inside. For some time there is no communication with the building but suddenly a mysterious and brief transmission is received. Investigate inside the building to find out what the hell happened is just the beginning, military personnel and scientists lie infected and dying along the corridors and different rooms, identify infected and remove them to end their suffering are the precise instructions to follow. However there are people who show no outward signs so it is important to find a way to find out who is actually infected. Soon you discover how to do it with the help of special glasses, with a glance toward the throat of the subject is enough to confirm their status. 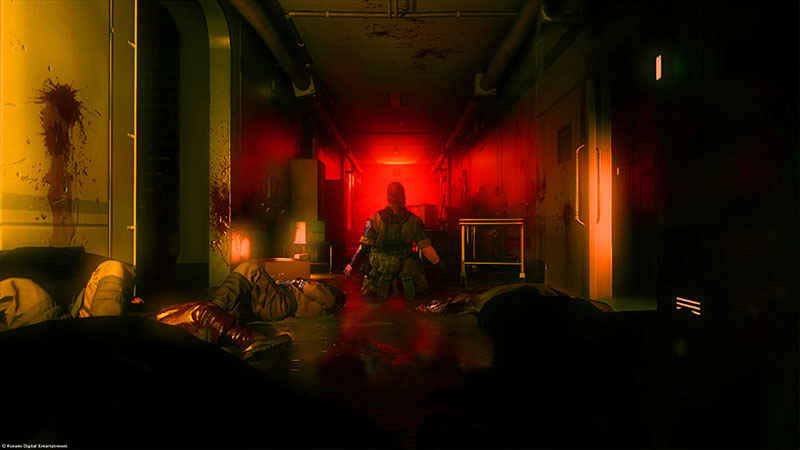 Each and every one of the people who had found infected are and then when you discover not only how far they can reach your loyal tell you the men. Some try to prevent mates, others simply cry helpless and a few valiantly take their destiny to the point of understanding that they have to sacrifice for the common good at the hands of their own leader (the latter is embodied in a really exciting way). It’s a great moment where are represented the different reactions of humans when taking the tragic fate of his own death.

A river of corpses walking the corridors, proof that the grim but necessary task has been carried out. V, desolate, ends up collapsing between bodies.

You may also like to read another article on GameGreatWall: Analysis Firewatch

That the lives of some unhappy left up to the player to decide his fate it is common in a game, the difference here is that it is not enemies but allies. Its resolution is not a time to fall into the superficiality of shooting someone helpless simply because if, as can happen in many other games. Nor is the classic goal clearance and destruction we perform quickly ended and we left. It is more complex, the game knows this and that, simultaneously, makes the player “responsible” for this terrible task by who wields the gun that an orderly end all those lives. The “same” massive hand that one day also skewed the life of his mentor, The Boss. This last mark the protagonist of life and masterfully get that trauma pass the player reliving that unforgettable moment of Snake Eater, not just once, but several times. It’s intense because there is no cinematic moment to do the dirty work nor it is carried out by simply pressing a button as in the situation with the Boss. One by one we looking for them to end the suffering of those people; soldiers, scientists, men and women who one day swore loyalty to a cause and its leader. The same leader who now has become executioner.

Maybe Metal Gear Solid V: The Phantom Pain, in its attempt to reinvent themselves or want to adapt to the times, has not managed to be the Metal Gear purer than some expected but certainly also holds situations to remember as this “Mission 43”, now able to shoot our emotions to unimagined levels.