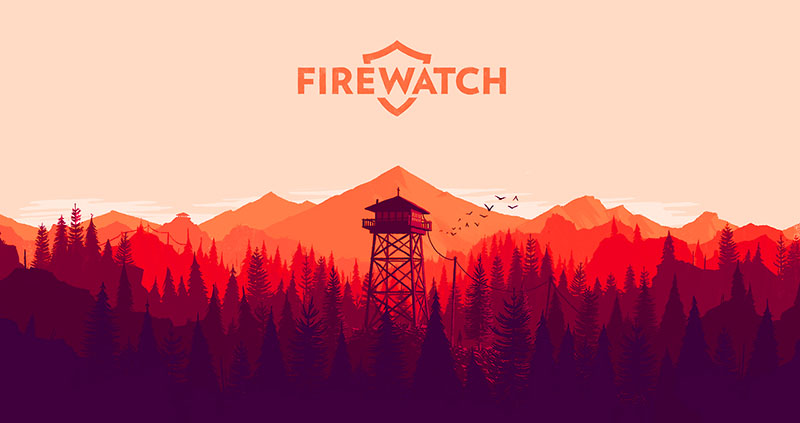 As players we are, we are used to living adventures and situations from perspectives and characters of diverse cultures. Firewatch is one of those games that manages to add a new role to your list of digital roles, putting this time in the role of a vigilante fire-fighting first-timer, an ordinary guy who has decided to put aside his complicated life to go a season to Mount Curran (how simple and wonderful is everything in the world of video games, eh)

Adventure Campo Santo immediately aims to immerse the player in his immersive and personal, something that gets almost from the beginning, through its narrative and the way in which presents his protagonist, Henry. His life begins through some of the most important stages and before you start playing, the player involved in that story taking a series of decisions that seem to write the script, while a dramatic melody serves to accompany us to the current situation Henry lives, moments before accepting his new job Firewatch.

We are in the eighties, in a wooded area of Wyoming. We went through a particularly hot and dry summer that has everyone on alert for the high risk of fire. Perched on its tower, Henry monitors the natural park is responsible for looking for smoke. The only connection with the world has left behind a walkie, which it uses to inform your supervisor about everything that happens in the park. One day something strange happens and Henry leaving the lookout to explore a natural and unfamiliar environment. That’s when the questions, mystery and making decisions with interpersonal exploration begin to take ownership.

A series of events cause that every day we have to move from the base, the classic watchtower, to a new point on the map. During these tours where we explore the scenario, map and compass in hand, let’s performing simple tasks of the mountain and a forest ranger. And while almost constantly, we maintain radio conversations with our supervisor that gradually go deeper into the personal.

You may also like to read another article on GameGreatWall: Firewatch shown in a New Video

Although at first it may seem, we explore the natural environment does not become an open world is not as great as it seems. The scenario always forces the player to take a number of paths and defined paths to get from “A” to “B” and the events that are shaping the mystery of Firewatch are revealed once we have achieved the necessary progress within the map.

The setting is correct even though there is little in life scenarios. The game’s sound is good and conveys the feeling of being in a natural and mysterious environment; we are seeing beautiful natural prints and original aesthetic thanks to a colorful and carefree artistic design. However, we must always use the same routes to move and reach the designated points on the map; this detail can get to convey some sense of repetition, because the game is very severe in this regard.

I feel a predilection for gender subjective and I am of those who value a good argument, so Firewatch struck me from the beginning. When you opt for the catalog indie obviously you know that you can find some shortcomings in terms of depth or variety of mechanical, for example, but it is a sacrifice that we assume to give with that “something” that you are looking for and do not find in the main titles or bigger budget. For this simple reason expected more of the main aspect of this game, which certainly is its history.

The conversations we have with Delilah Henry offer the possibility of choosing between several answers. We maintain contact with her almost permanently and thus a relationship between the two characters he begins to be created. However the different answers we can give this woman does not alter history; there are no consequences in the game universe or its end. There is even the possibility of not inform our steps, to ignore it and not answer your questions (we have time for it) but unfortunately none of these alternatives affect the game’s story or their relationship. This is where I think that has wasted the opportunity to exploit his best asset, and of course, a system of questioning decisions beyond entertain useless to give coherent answers that make us feel better. 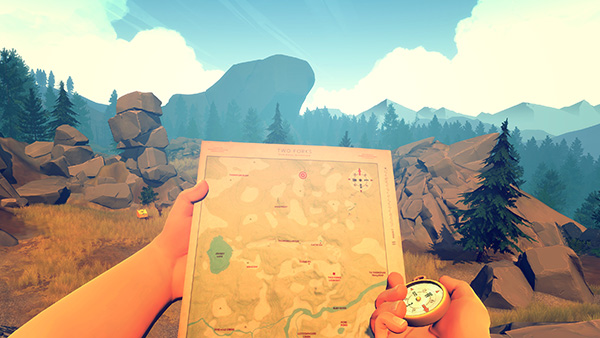 If we add the false freedom of the stage, the simplicity of mechanical and repeat that feeling caused by having to always go through the same places, Firewatch is an option I would recommend after other alternatives within this class of games. A mystery and dialogues that appeal to feelings brazenly player, two resources that are beginning to be too common and do not serve to conceal a system virtually useless decisions, as guided routes as its own stage. Currently there are more interesting alternatives and deserve much more worthwhile, such as SOMA.

You may also like to read another article on GameGreatWall: Analysis The Game: SOMA

We meet at one of those titles that some call “simulator ride” experiences that are recreated in simple tasks, movements and a little more worldly pursuits, games where often is more important history that we discover and mystery which can be generated around it that mechanical own. Before starting to download it is very important to remember this. His intention is only to tell an interactive story that is opening up to the player with the simple advance of it on the stage. Another suitable example to demonstrate once again that video games can be a perfect tool to tell a good story without too many complications. However, Firewatch is not groundbreaking, it is not the only one who hides a mystery as a resource to capture the attention of the player, it is not the only interactive adventure with an adult and deep script. Of course is not only when opting for a technical section of these characteristics. Besides all this it raises some worked dialogues, a curious relationship and a system virtually useless decision.

From my humble opinion and entering and in a more personal assessment, I think that is inexplicably over-valuing in excess of this game. I not think that is bad or that their history has no quality or emotional burden, but we have enjoyed more general level complete works and curiously not been much uproar mounted.