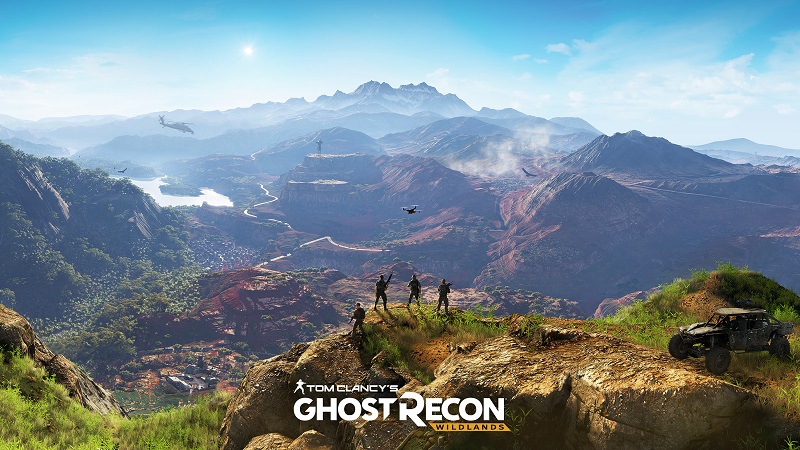 Ubisoft has released a new trailer for Tom Clancy’s Ghost Recon Wildlands. A video where the answers to some of their creators poured against some key questions generated by this title shots set in a modern and spacious open world. This was the main road has chosen veteran saga to renewed war.

The game bet on a model of non-linear story where players will face different situations in the order that suits them. As in many other games of this kind, the player’s actions have an impact on the plot. To the player will be a personalization system and the possibility of using different types of vehicles.

The tactical component of the game will allow us to choose our equipment, location, time of day … thus allowing “open” all the tactics and playing possibilities. We can deal with solo missions and three other AI controlled soldiers, or opt for the online mode where three players will help us complete the objectives.

Tom Clancy’s Ghost Recon Wildlands will use hybrid mechanical action that allow us to switch between a view in first and third person, thus the player can react quickly and in real time depending on the situation.

The artificial intelligence of enemies makes them to carry out their own strategies, used vehicles and camps, take advantage of situations that are happening around you ultimately have the ability to adapt to a situation in progress.

Not long to launch and its creators are in the final stages of development to the maximum polishing a game that gradually has generated many expectative. We hope that Tom Clancy’s Ghost Recon Wildlands meet its goal because we must recognize that looks good. It will be available in 2016 in PS4, Xbox One and PC.