Wonder Boy: The Dragon’s Trap will head to Nintendo Switch sometime in 2017 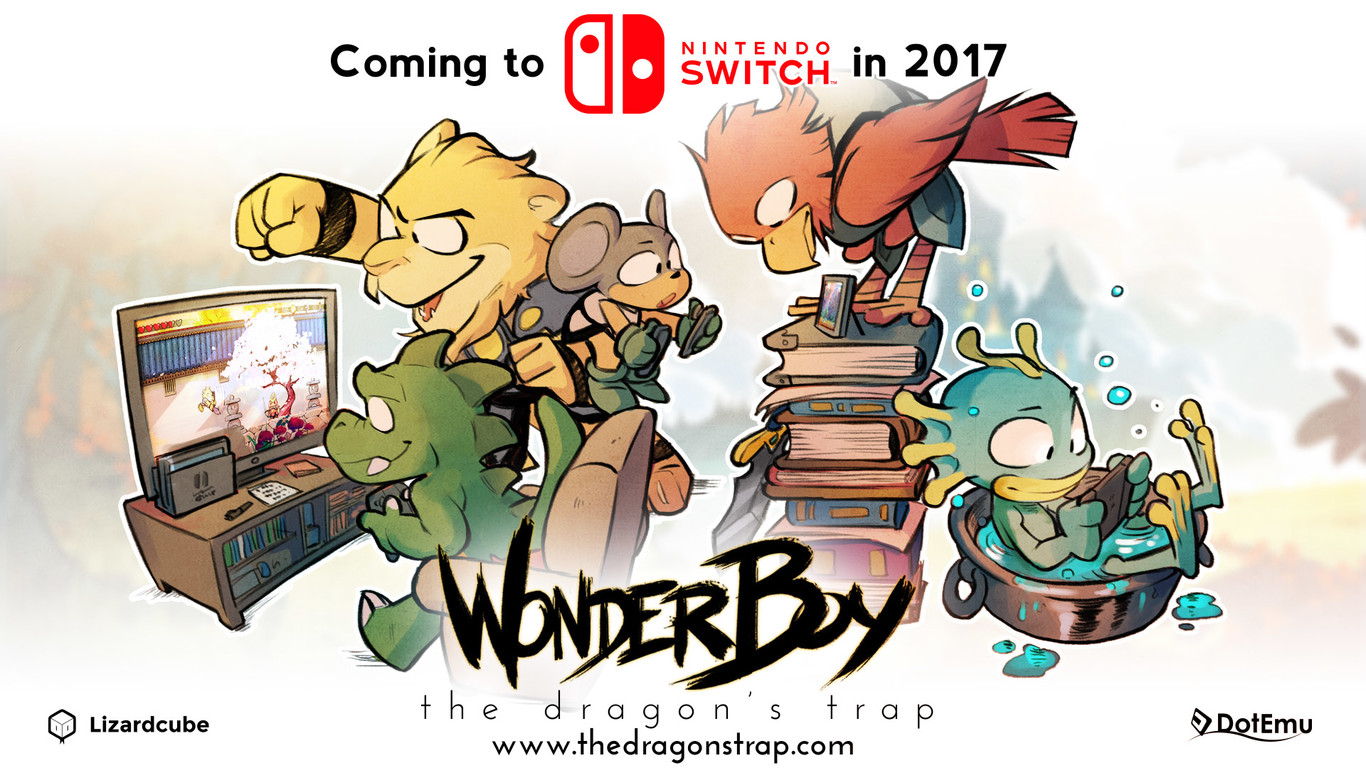 16 Jan Wonder Boy: The Dragon’s Trap will head to Nintendo Switch sometime in 2017

Posted at 17:27h in Games Review by Godfrey 0 Comments
0 Likes

Lizardcube and DotEmu have announced that ‘Wonder Boy: The Dragon’s Trap’, the remake of the classic game Master System, will have a version for Nintendo Switch, being the Nintendo console another that will host the launch of this fun action title and platforms sometime this year.

The game will not have any difference compared to the other versions, but its creators have wanted to point out that the adventure will be in HD and 60 fps when we play from television and also when we get on the machine to the street …

A meeting has been held in the Mushroom Kingdom under an absolute secret, where Nintendo has suggested that we could take our game to its next platform. Needless to say, it is a unique opportunity and as soon as we saw the system we knew we wanted to have the game on it. We’ve started working for her too. Here we go!

In ‘Wonder Boy: The Dragon’s Trap’ players can transform your player in different animals, like a lizard, a lion or a mouse, among others, to solve puzzles and overcome the different levels with appropriate animals. It’s art section is completely new, highlighting having been drawn by hand, just like the soundtrack is back to compose based on the original themes.