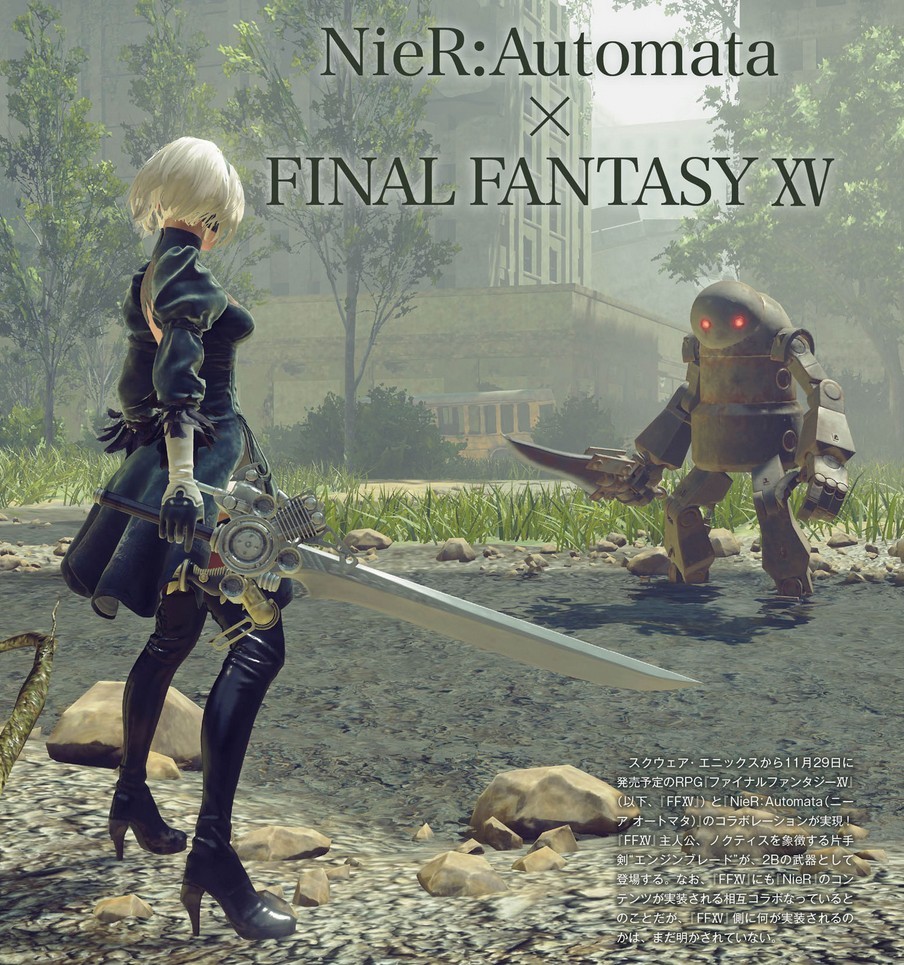 Posted at 14:52h in Games Review by Godfrey 0 Comments
0 Likes

While a while now we have become accustomed to all sorts of crossovers between characters from different games and even companies it is not so common to see how pays tribute to other licenses through an exchange of weapons. The last case? The star of ‘Nier: Automata’.

In the Lore of ‘Final Fantasy XV’ the Engine Sword was granted by King Regis his son as a symbol Noctis his legacy. However, the star of the upcoming new installment of the series of Square Enix have no qualms about to YoRHa No2 to delete a good batch of enemies.

This curious cross between licenses has been announced from famitsu and comes from the hand of several screenshots showing how it is possible to use the projection skills hero Eos in the game of Platinum Games.

And to see how this Android it operates with its new nothing better than a trailer loaded with gashes to baskets toy.

The Engine Sword is not the only news that has been confirmed in ‘Nier: Automata’, is that a new stage set in a castle and its neighboring forest area have also been presented, as well as a new weapon in the form of spear that no you can compete in speed with respect to the katana 2B, but certainly offer a very interesting range.

You may also like to read another article on GameGreatWall: Dino Dini returns and willing to give the pitch the legendary ‘Kick Off’ departure

It is expected that the ‘Nier: Automata’ is available from February 23 in Japan and confirmed its release in the West for PlayStation 4 and PC during the first half of 2017. Of course, if you do not want to wait to wield so much. Noctis the flaming sword, you can beat on her in ‘Final Fantasy XV’ from next week.