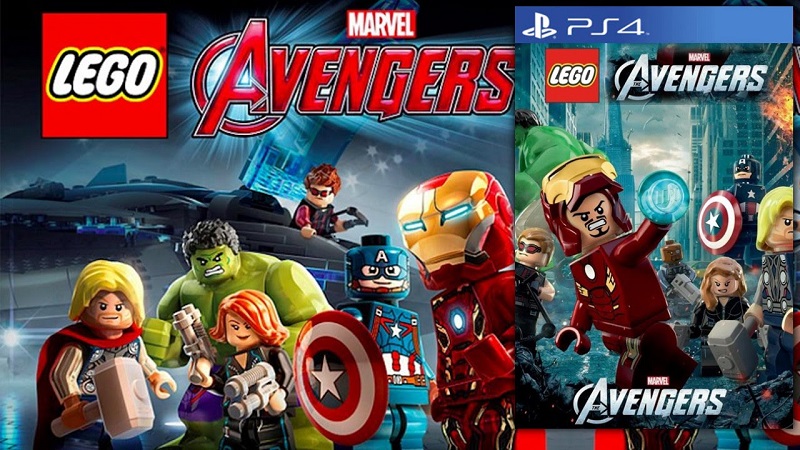 Marvel heroes are back with the sequel to the great LEGO Marvel Super Heroes, and we have you all in our analysis of LEGO Marvel Avengers, which reaches all next generation consoles and the last cycle machines and PC.

It is a tradition that TT Games and Warner Bros gifting us the fabulous players adventure set in a large number of successful characters and licenses, but always under the prism of LEGO particularly. A formula already known, however, not surprises us with new playable and unquestionable overall quality in each of their deliveries. Two years ago, we received the first title starring the legendary Marvel superheroes, a wonderful adventure action which delighted fans of both parts of the known toy building as the known franchise. A high quality proposal that also had all the good sense of humor that characterize all titles of this now classic video game franchise.

Like its predecessor, its continuation is be quite playable delight, pure also for lovers of proposals cooperatives will enjoy this adaptation to the world of LEGO of hilarious gold films Marvel The Avengers and The Age of Ultron, also some of the most incredible moments of cinematic Marvel universe through six of the films of Marvel Studios.

The trio of TT Games, LEGO and Warner is always synonymous with quality products and successful synergy. The usual quality, originality and humor of the English studio Traveller’s Tales for years joined the brand known Danish toy blocks, with all the creative possibilities and potential in the number of famous licenses that entails. This merger has given us much great game caters to all kinds of players. The study has contributed his particular personal touch, parody, and magic to some of his highest grossing films of recent years.

Some of the most successful film franchises in history as Star Wars, Batman, The Lord of the Rings, Jurassic Park, Indiana Jones, or more recently, the Hobbit or The LEGO Movie, have been adapted by TT Games brilliantly to the wonderful world of these toys as good times made us spend in recent years, both inside and outside the world of video games.

Again, this installment recreates an exciting license with millions of fans around the world, and makes LEGO style, ie, with high quality and humor. What we will find in this game is a wonderful recreation the main settings, characters, situations and, above all, superheroes and villains of the two aforementioned films, yet the sense of humor that characterizes all titles featuring known toys.

Despite the high level that store all previous titles in the LEGO franchise, we will surely find to the most comprehensive, varied and fun delivery of all. Based on the previous title of Marvel and taking advantage of the playable formula we all know and have been boosted aspects such as offering a wider variety of situations or the inclusion of a new playable as are the new combined attacks or the presence of the spectacular Crime Events.

As was the case in previous titles in the series, throughout the entire campaign platform ahead moments, intense combat, original and ingenious puzzle and cooperation between the different characters to use their skills. At the same time, we enjoy tons of humor and hilarious moments that make us drop more than a laugh. A formula that is synonymous with success, as we have enjoyed in previous titles, but still keeping the same freshness thanks to the introduction of new mechanical, worlds and, above all, the enormous talent of this study.

It is precisely the variety of situations that makes us especially emphasize its gameplay. The game proves once again that do not need complex mechanics to enjoy the player. In addition, with an interface very simple and affordable control, everything is focused on surprise the player offering all kinds of challenges and gameplay concepts that work perfectly. An equally important aspect is the exquisite design of each one of the levels. Designers two films have studied the millimeter show, because not only recreate the main scenes we saw on the big screen, but manage to adapt to LEGO format with complete mastery.

All levels alike can be enjoyed alone or together with another friend using the local connection. In any case, cooperation is key, since we use each other characters (which will change at each level and according new ones) to solve the different situations and challenges us throughout the adventure, including some ingenious puzzles that force us to use the gray matter (although without excesses as befits a title aimed at all ages).

LEGO Marvel Avengers has an incredible roster consists of more than 200 playable characters. If you heard right, we can be unlocked such a huge number of characters, of which over 100 are completely new. Not only can handle characters as mythical as Hulk, Spiderman, Iron Man, Thor, Captain America, Wolverine or Thor, but also a host of other characters from the Marvel franchise that we will unlock, which is a great incentive already and assures us immense replay ability. In addition, every one of the heroes will have all their moves and special powers characteristic, which is an extra incentive for all lovers of comics and Marvel films, which will be excited to manage their heroes, characterized with the unmistakable LEGO style.

As happened with previous titles like LEGO Marvel Super Heroes or LEGO Jurassic World, it has chosen a style sand box, i.e. let move with great freedom for a total of eight open worlds roasted in environments cinematic universe Marvel, including the streets of New York, Asgard, the Barton farm, Malibu, the outer base SHIELD, Sokovia, South Africa and Washington, DC we can freely explore these open worlds and use some new game mechanics, such as super Hulk leaps between skyscrapers, run on water with Quicksilver or grow to Fin Fang Foom to the size of a building. This concept allows open – world gameplay is nothing linear, because, largely, the player can decide where to go and freely explore the broad scenarios to try to unlock the content and get all the objects in each level.

Depending on the level at which we find ourselves, we alternate between the different characters that form our group of superheroes at that time. Thus, we go taking advantage of the powers and abilities of each of them both to destroy the enemies to deal with different situations that will arise, such as opening doors, access into a certain area, pushing or moving objects or solve puzzles among many other actions. As already mentioned, one of the strengths of the title is the variety of its development, so the player always has the feeling of discovering and trying new things.

As we saw above, each of the characters has one or more unique skills that we use in different situations that arise in order to advance. In no time, we will be without knowing what to do, but it is appreciated that many of these situations to test our resolution capabilities.

The main campaign has a considerable duration is around 15 hours, but this figure will be much higher if we want to unlock all content, and that without forgetting the large number of side missions and mini-games. In other words, a title that guarantees lots of fun for many hours, especially if enjoyed their addictive cooperative on the same console.

However, best of all is that the adventure is extraordinary for its gameplay, varied and complete from start to finish proposal. Apart from distributing wax without stopping the legion of enemies that come our way, we face a large number of super villains. Most of these battles end of level are a spectacle, as well as being a challenge, because they force us to use well – head to know how to use the environment, the skills of our group of superheroes and study well routines our enemies.

In addition, a large number of puzzles that give the development of a wider range if possible embellish the whole adventure. As noted above, will need to interact with the scenarios, use the skills and powers of the protagonists or, as is usual in the franchise, build things with LEGO pieces … They are not very difficult challenges, but amazing for its originality and how fun they are.

Nor missing areas platforms and, especially, the scan. Playable latter element is of great importance in development, and more spectacular considering the size of all scenarios. Hence, it is highly recommended to go and investigate every corner of every street in order to find the many secrets and hidden objects enclosing the game inside: colored blocks that unlock extra content, side quests, mini – games … The feeling of freedom offered by the game encourages this exploration, and more if we are of those players that we like to find all the secrets of the games.

In short, we are facing an adventure brilliant action that will catch us from the first moment thanks to its varied and entertaining development, the variety of tasks to perform and great sense of humor will be a constant. A must for fans of the Marvel player for anyone looking for a high degree of quality and gameplay excels game.

As we are accustomed, TT Games adapted brilliantly successful license to the world of LEGO. More than 200 characters, including the best – known superheroes and villains of the franchise have been recreated with the famous toy parts.

Another of the most important elements of the game are the eight open scenarios offered by this delivery, all recreated through the prism of LEGO: streets of New York, Asgard, the Barton farm, Malibu, the outer base SHIELD, Sokovia, South Africa and Washington. All are designed with very good taste and a great sense humor, like the other elements.

The result is a game that is very attractive from a visual, full of detail view and artistically true to the Marvel Universe. In addition, we must highlight different elements of quality as the effects of destruction, the great level of detail of all the characters and scenarios, the smoothness with which the whole or the effects of fire and explosions moves.

The audio section also stripe at a high level thanks mainly to a fabulous job. The soundtrack also acclimates to perfection the adventures of the Marvel superheroes factory. Most melodies are recognizable and ideals, even offering an epic touch at certain times.

After the great taste that left the previous game, the heroes and villains of the Marvel back with adventure action haughtiness, also full of fighting, platforms and puzzles, all in eight large open worlds. Playable on the basis of previous titles in the franchise, this new installment of the heroes toy brings some new playable to a campaign notable for its longevity and how varied it.

The sublime cast of characters is one of the main attractions, especially for fans of Marvel comics, but even more so is its hilarious cooperative mode that will allow us to enjoy all the adventure in the company of other player. Its outstanding audiovisual section merely round a product of great quality that assures us hours and hours of entertainment.