How to get better at league of legends 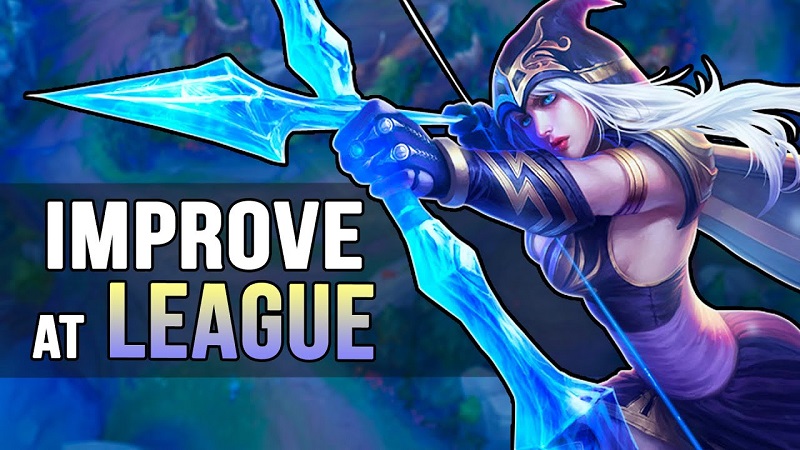 14 Oct How to get better at league of legends

Posted at 15:29h in Action by Bishop Arthur 0 Comments
0 Likes

League of Legends is the best known and most played competitive video game in the world. Although it appeared a few years ago, to this day, it continues to grow in popularity and attract the attention of e-Sports players and athletes. It is, in fact, the highest-grossing game on Twitch. If you are a League of Legends player, keep reading. We are going to tell you the best tips to be better at LoL.

We know you want to be a pro in LoL, but this happens in all games, and in League of Legends, it is more evident. At first, you are going to play bad, yes or yes, but don’t worry. What you should do is learn the skills of the characters, mainly, with whom you are going to play, as well as know the level required to achieve certain skills, adapt to the rotation of the characters, discover which champions work best together for a better game as a team, etc. In short, know the goal of the game.

The first games in League of Legends should not discourage you, it is the first contact with the game. Now is the time to discover how the mechanics work. Don’t stress, focus on learning from your rival and your teammates. This is one of the best tips for winning games in LoL.

Don’t go it alone and play as a team

To be a pro in LoL you have to play as a team. League of Legends is a competitive game and like all competitive games, it is very important to play in a group. Don’t go it alone as you won’t earn anything. You can kill a lot but you will need a team to destroy the towers and the nexus.

It is important to choose the best character

When you enter League of Legends you will find a lot of characters and heroes. Although only a few characters are available, there are still quite a few and you will be wondering which to choose. The best advice for mainear characters in LoL is to play with as many as you can and rotate. That is, choose a character, and play 4-5 games with him, see how his skills work and change.

Try playing with all the characters before deciding on a specific one. Choose the character that best suits your style and use it in the right role. There are champions who are more effective in Top than in Mid and vice versa. It is also worthless to have two good heroes in the distance, it is better to have a balanced team. This is essential to move up the leagues in LoL.

A withdrawal on time is always a victory

Sometimes it will happen to you that you engage in a fight against another player and both of you run out of life. Nothing happens if this happens to you, but if you see that you are in danger of dying before your rival, use an ability that allows you to retreat to your base or flee. In the best of cases, the enemy will go after you and a tower will finish him off. In the worst case, it will flash and catch you. Remember: a withdrawal on time is always a victory. If you see things very black, teleport to the base and return to the battle line when you have full mana and life. And don’t forget to buy it!

We know that League of Legends is a very intense game that can be overwhelming since it requires us to be aware of many things at the same time such as the situation of the enemies, allies, the state of the towers, how are our skills and who needs help. In this sense, it is possible that we neglect other aspects such as the minimap. Don’t forget about him, he’s your best friend. On the map, you will see the minions and allied and rival champions that are in your line of sight. It is important to get the maximum viewing areas of the map. It is a tool that if you control it will allow you to be better at LoL.

Watch out for PvE, these are the moments in League of Legends where players battle against artificial intelligence – dragons, Baron Nashor, and other creatures. It is not recommended to go for them alone unless you already have a high level and are equipped correctly, but if you manage to defeat one of them it will give you a very important advantage for the game.

By killing minions you will get gold, but only if you give them the coup de grace will you count the death as yours and you will earn money that you can use to buy items in the store. With this we want to tell you that not undervalues, they are not there to distract but to make you earn money. It is important to finish them as with the other champions! You should try to improve your farm to be better in League of Legends. Do not buy to buy in the store. Don’t spend money foolishly. Save money to buy the best items.

Customize your skills before the game

The strength and agility exercises help me get through my week smoothly. vgrmalaysia.net Each workout is modified to meet my needs.