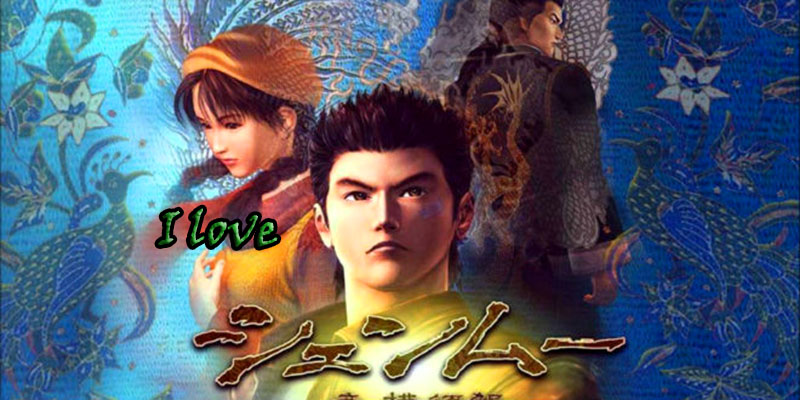 Posted at 19:30h in Games Review by Godfrey 0 Comments
0 Likes

Yu Suzuki has always wanted to overcome with each of his creations offering innovative and revolutionary video games. So one day decided it was time to create something new, a long and deep experience to stay away from the shooting games featuring the great works that had developed for recreational machines.

The first draft of Shenmue took place in Saturn with “The Old Man and the Peach Tree” a prototype whose aim was to create a complex three – dimensional video game role as never before seen. Later this project would be called Virtua Fighter RPG: Akira’s Story and shortly after its development would become part of the catalog of Dreamcast , adopting the codename of ” Guppy ” and renaming later as Project Berkeley, at which it was decided to baptize the game with a new name: “Shenmue Chapter 1: Yokosuka”. Akira Yukigave way to a new protagonist and that is how was born a new star of the game: Ryo Hazuki.

Shenmue, which benefited greatly from the advances of the moment, was quite a technical marvel that supported its gameplay on four clearly defined pillars: open, cinematics, QTE (world quick time events) and fighting, promoting itself as an experience called “free visual entertainment interactive.” Yu Suzuki had the support of specialists to build one of the most exciting stories in the video game world; writers, filmmakers and playwrights to the narrative collaborated to address were solid and captivate anyone who dared to discover the history.

Set in 1986, in the real neighborhood Yokosuka (Tokyo), Shenmue is an immersive and personal experience that in addition to presenting the story of Ryo Hazuki also invites us to know the Japanese lifestyle in the eighties. The universe created for this game still remains strong in the hearts of many because it has not seen an open world as realistic and ambitious. The passion for detail and realism reflected were made possible by the perfectionist personality of its creator, hard work and of course a large financial outlay.

Each of the corners of his wasted life scenarios, all the secondary characters have a defined personality with its marked and elaborate conversations composed of realistic dialogues routines. Different shops and the game have their own schedules and characters fit routines that vary by day of the week or month of the year. In addition to having real locations, Yu Suzuki even documented to get the exact climate of the time when his great work and then translate it during the game was set.

Length already talked about this game, possibly the most important in the career of its creator, its virtues and its great influence in the industry after his appearance on the scene work. Applauded by many and a complete stranger to many others, part of its charm also lies in the tragic impact it had on the general public. But anyone who has played knows that delve into their history is more than just play one of the most important games and care that have been created. It is an experience and a real journey that is unlike anything you’ve tried and in a special way unites you with anyone who also has played.