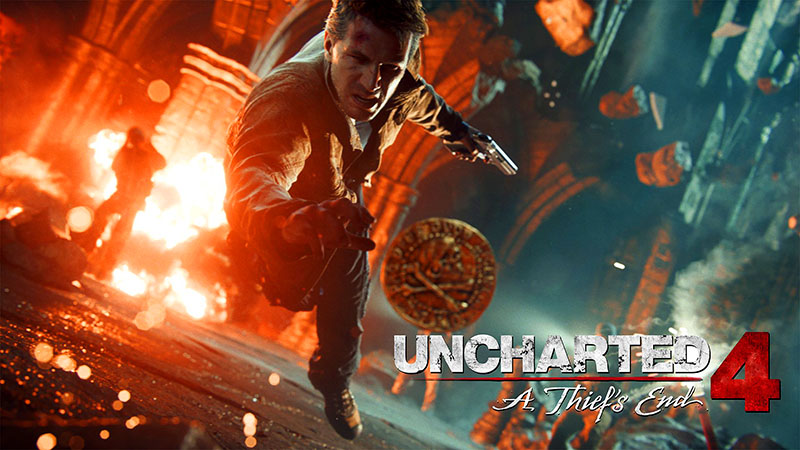 There was a time when players dreamed that someday the games would be as real as a movie. Now is the cinema that envies the game and if there is a study that deserves full recognition for his way of melting the seventh art with their creations, certainly that’s Naughty Dog.

In recent years there have been several developers who have sought to captivate the eye and the heart of the player creating cinematic experiences based on complex systems of integrated decision cinematic long, characters almost lifelike and elaborate arguments with ramifications that can lead to different endings. Some of these works have garnered success and are classified as authentic interactive movies, works like Until Dawn, Beyond: Two Souls, Heavy Rain, and The Walking Dead are some notable names by the momentum of recent walking stories.

Yes, indeed, there are many ways to play and interact in a story and you have to play all kinds of games but do not forget that we are players, real players, and prefer to enjoy the ability to discover a story iterating over it using a traditional control we limit movement us to the simple task of walking, press a button or activate a lever when they do that.

The Last of Us proved the quality and style of their creators when presenting a cinematic video game, his great ability to convey the language of cinema in real time creating a tremendous feeling of enjoying a great game while we delight with a good movie. No doubt this is its hallmark in addition to that expertise in the use of planes and narrative to convey sensations perpendiculars. Another feature that distinguishes the works of this study, in addition to his impeccable technical section, is undoubtedly the realism and naturalness with which endow their work. Of course that realism is not present in the movements and impossible maneuvers that characterize Uncharted for example, is in action, movements and their detection, dialogues, situations, the behavior of the characters and every detail, everything is studied thoroughly and with care, everything flows and runs a very real naturalness moments away completely or artificial situations, however small, they are always common in most video games. Even the typical start tutorial is done covertly to blend with his brilliant leadership, own productions of the big screen. 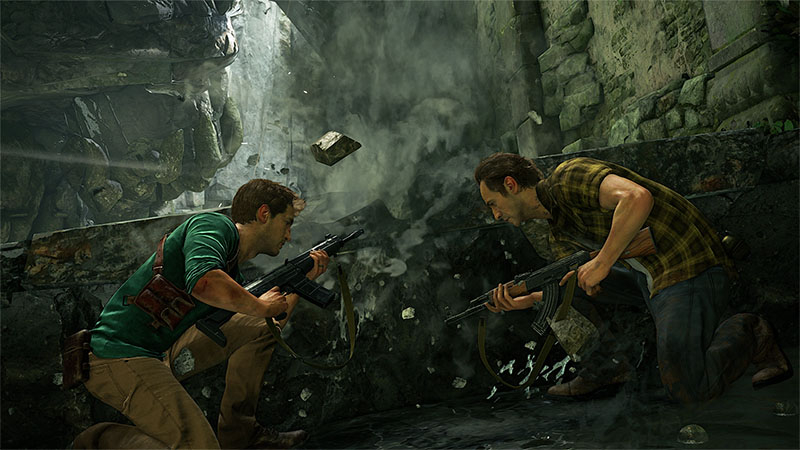 An outcome to match: The key

Uncharted 4 is the first work of parents of Crash Bandicoot for PS4 and the result has been one of the most spectacular games at the technical level we can find in the realm of game consoles. But beyond the graphics and tremendous artistic design of this fourth and final chapter, A Thief’s End offers the player the most complete and mature delivery of the whole saga.

Since his arrival in 2007, his adventures have been constantly evolving for the better, very significant especially in the visual, so it was not surprising that “the end of the thief” reserve us the best argument of the four episodes that compose it. It could be described as intense and exciting history of perhaps fierce brothers “Drake” in many moments with the showmanship and the level design, which no doubt are the other major players throughout the adventure.

As for the gameplay it seems to have gained a little more in times of platforms, jumps and impossible maneuvers now are enhanced through the use of a new hook and allows overbalances to different parts of the stage, also offers the hero the possibility of climb, climb down and even drag objects.

The different situations we face (diving is a delight) go through the usual moments in the saga; climbing, chases, gunfights intense and the option to resolve disputes or raids stealthily observing and marking enemies then quietly remove them. Exchanges of bullets are often vibrant but from my point of view lack minimally adjust the number of hits on enemies and do a little less dumb and blind to the guards during times of infiltration. Persecutions and limit times have gone up a level of showmanship and vegetables are always welcome, especially if they include any particular or special use besides being able to drive them. Where if we have lost it has been in the number of puzzles to solve.

Highlight last multiplayer mode, again included in this release because it could not miss the farewell party Drake, although not one of its strengths is an extra that is there and not bother. Four competitive mode, eight maps and the ability to improve the team with the profits, special attacks and receive help from other characters in the game are some of its features.

Naughty Dog has done well with Uncharted. They have created an almost perfect work in the sense of achieving a model of game can be enjoyed by any player. Satisfy all current public is difficult but Nathan Drake can conquer the most painted thanks to its history, its intuitive control, it’s exciting situations and what is best: is able to read and understand the film language, plasma screen and allows enjoy through a command without limitations playable. 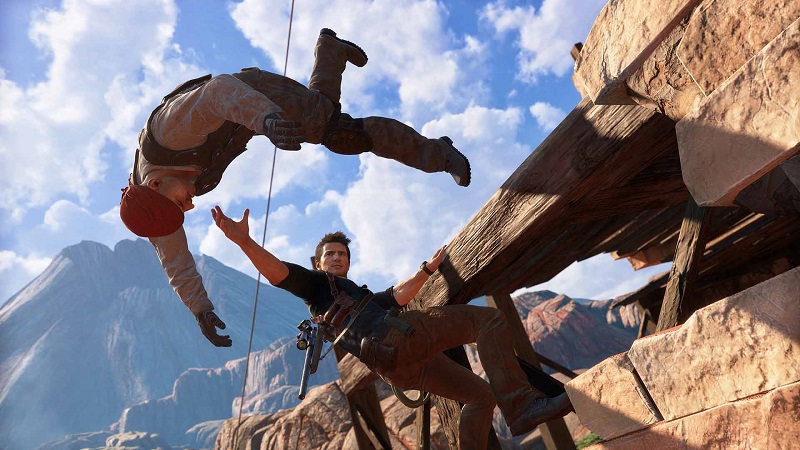 Uncharted 4: The Thief Desenlace is deserved and fair farewell deserves a saga that has evolved with each delivery until you reach your right balance and the wise moment where you have to know retire to pass to posterity. Of course some will miss their commercial success but making a study like Naughty Dog have to wring the coconut to overcome your next job all that has given us so far, is something that will be a challenge for them and an exciting waiting for us all.

May have to be improved