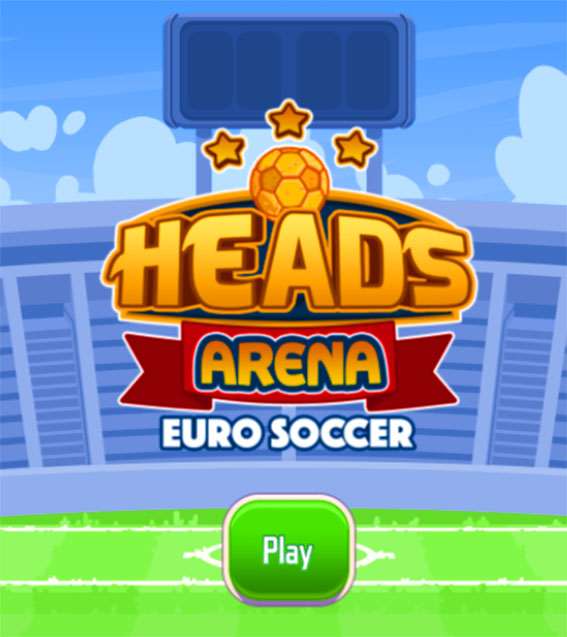 The Euro 2016 has already begun and Country Games offers us for this occasion Heads Arena: Euro Soccer, a football game where we play matches and tournaments 1 VS 1 and 2 against 2. At your disposal you will find a dozen European teams where you can compete against football champions conceited. Party Mode lets players join with a friend or play against him.

It is no coincidence that country games often send us a specific title to comment within a large selection of games and genres, also always have a simple, original and addictive theme. Heads Arena: Euro Soccer is a sports title with a mechanism that at times comes to remember the legendary Pong. Manages to convey similar feelings because basically we have to hit a soccer ball bounce our player making the field to the opposite side. The difference in this old mechanics is that in addition to passing the ball to the opposite side can make it bounce, it also has to hit on a particular item, in this case inside the opponent’s goal to score a goal. Another peculiarity is that the pitch is at a level below the two goals.

This very basic today formula remains as easily as the years pass but certain games are capable of treasuring fun and entertainment with very little, Pong is the perfect example and Heads Arena: Euro Soccer drinks from its simple concept, it operates and enriches it with other small and mechanical standards. Conceding goals is not as simple as it seems and rivals become more aggressive when you’re near the end.

You may also like to play another games online : DIEP.IO

All this also is dotted with friendly and cartoonish tone of the game, an ideal way to clear our rapidly during a break and entertain us with their fun games option.