The 10 most underrated PS4 games 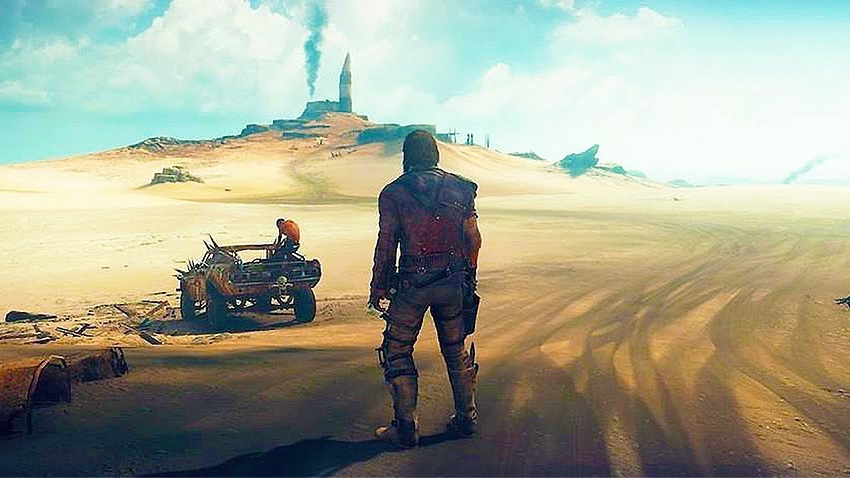 Although there are many who could enter, we reviewed the ten most underrated PS4 games. Joyitas that you should never let escape even though they do not have the fame they really deserve.

The PS4 game catalog is immense and full of quality. Meanwhile, I play, it is inevitable that some other title is in the shade. Therefore, we have decided to claim some of the games that deserve greater recognition.

Then we leave you with the list of some of the most undervalued titles of the PS4 catalog. Surely many more would enter, especially if we delve into the indie proposal with titles like Abzu, What Remains of Edith Finch, Warfare, Valiant Hearts, Child of Light or Axiom Verge among many others. But we would not finish in years. These are the ones that, in our opinion, are ten of the most undervalued titles in the PS4 catalog.

The most underrated PS4 games 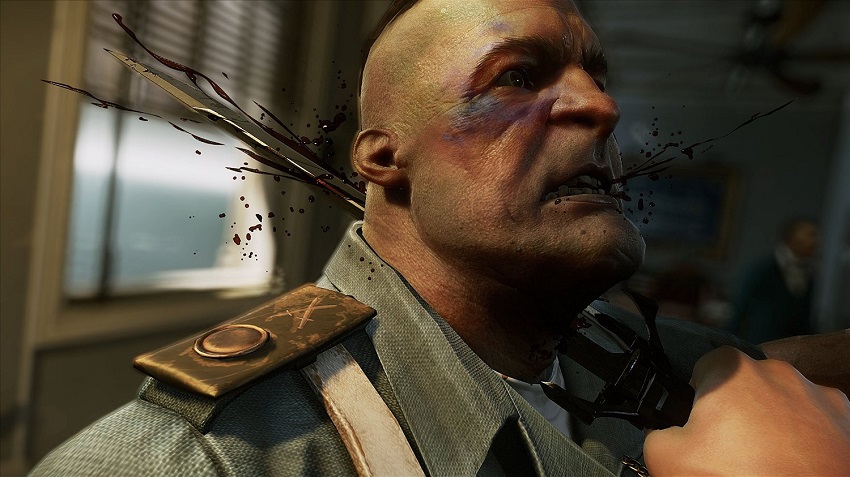 From Arkane they did a real engineering work with Dishonored 2, a sequel that surpasses what was offered in the first installment through a first-person adventure in which stealth takes priority thanks to the powers of Emily and Corvo, the protagonists. Precisely, the endless possibilities offered by the goodness of the characters and level design that is a real scandal, especially the mansion, make it a great game despite not having received the impact it deserves. 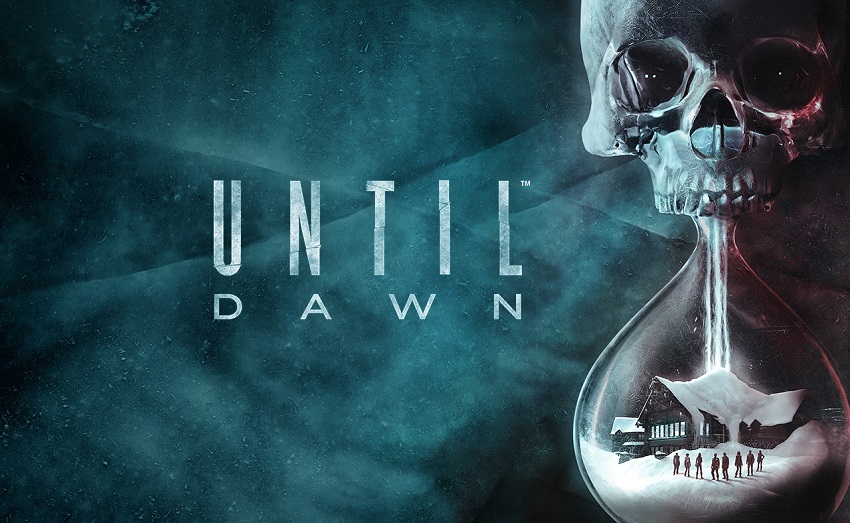 Following a style of the David Cage and Quantic Dream games, the British studio Supermassive Games pleasantly surprised us with Until Dawn. With the classic premise of teen horror films, this survival horror takes us to a cabin with eight teenagers who will have to survive a serial killer who roams the area. How many decisions will come out of there will depend on our decisions and expertise. In the cast, by the way, is Rami Malek, winner of the Oscar for best actor for his role in Bohemian Rhapsody 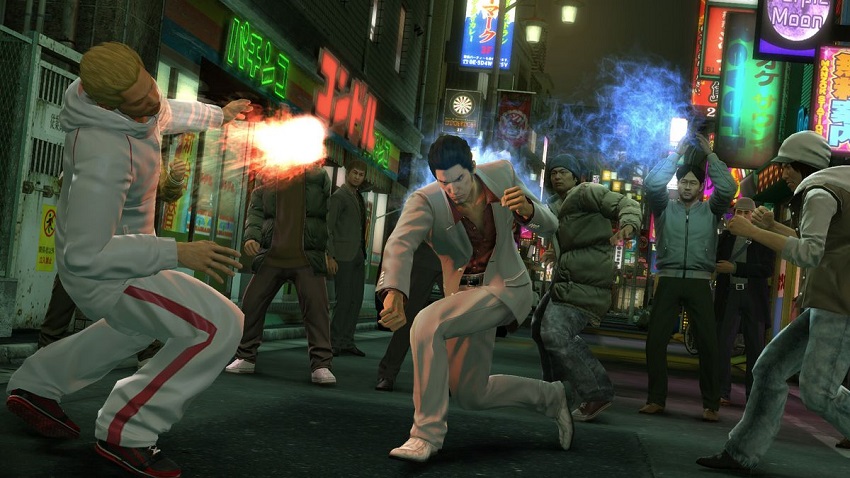 In PS4 there are several titles of the Yakuza saga. All of them of a quality beyond doubt. But it seems that people do not just give this saga a chance, It may be because of the lack of translation in the franchise. Something that we hope will be remedied. To begin with, Judgment, the next game from the same creators, will arrive localized to our language. It is one of the underrated PS4 games. 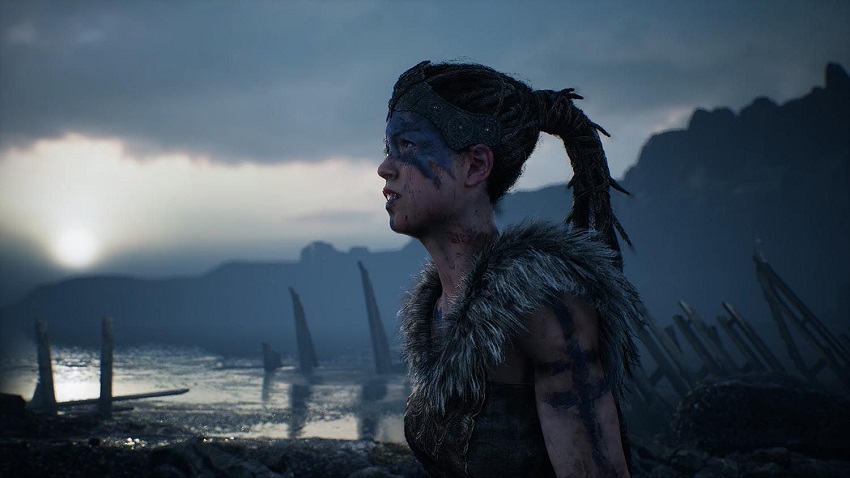 Ninja Theory has given us  Hellblade Senua’s Sacrifice a different and overflowing quality game that nobody should miss. A title that delves into the psychological level of Senua, the protagonist, who must face their fears to move forward. The game affronts common problems such as mental disorders as we have rarely seen in a video game. And the role that Melina Juergens plays in Senua is simply exceptional. A PS4 game is very good but unfairly valued. 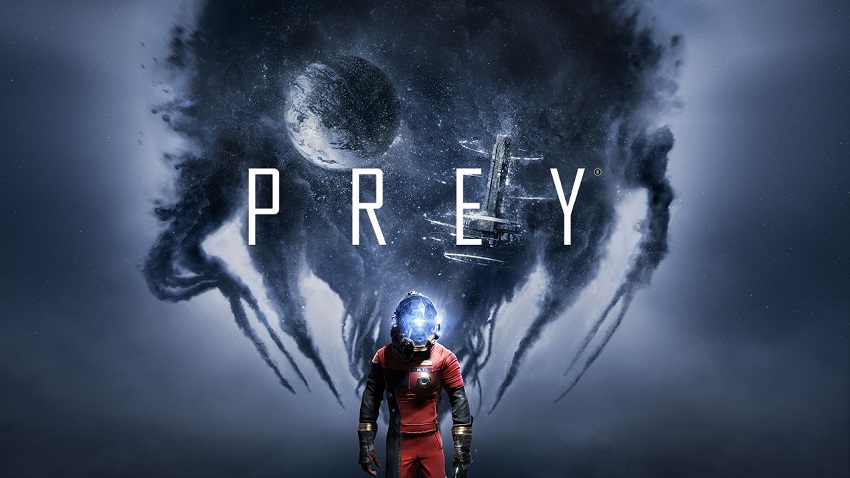 Another of the undervalued par excellence is Prey. Also developed by Arkane, like the aforementioned Dishonored 2. The game puts us in the skin of Morgan Yu in a spatial plot with familiar tints that will take us to explore the ship Talos I both inside and outside, trying to leave intact of the dangers lurking in every corner. Especially in the form of mimics that can be hidden anywhere. A title with playable depth thanks to the powers of the character -which can also be camouflaged in the environment- and a high-level narrative, both through its development and the omniscient design of its surroundings, which hide numerous texts in the form of letters or videos that deepen an essential plot. It is one of the most underrated PS4 games. 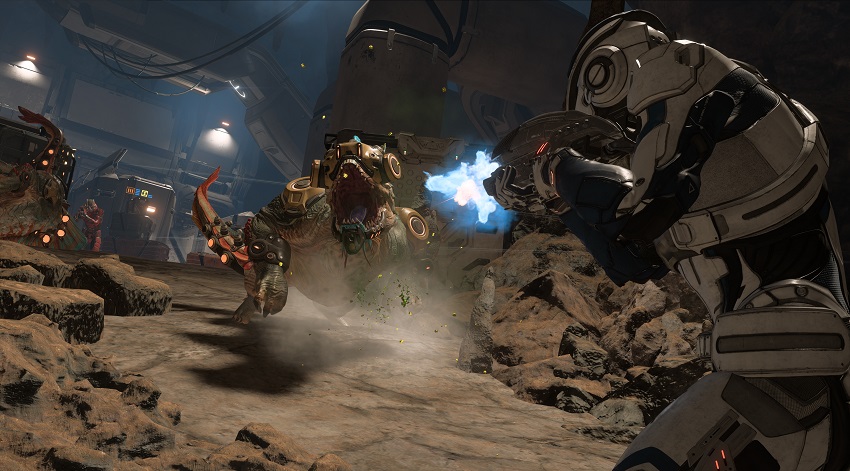 Ok, we agree that it is not the best Mass Effect. And that has the odd bug, something that has been corrected over time. But, despite all its problems, Mass Effect Andromeda is a good game and a great start to a new trilogy. If the saga had not existed before, surely its valuation would have been much higher. The story of the Ryder brothers and the premise of discovering new unexplored civilizations is very attractive and that is where the true essence of the work lies. It is true that the plot does not explore too much, but neither did the first Mass Effect being conceived as a trilogy. If we ever see sequels, they will surely help improve their maligned valuation. 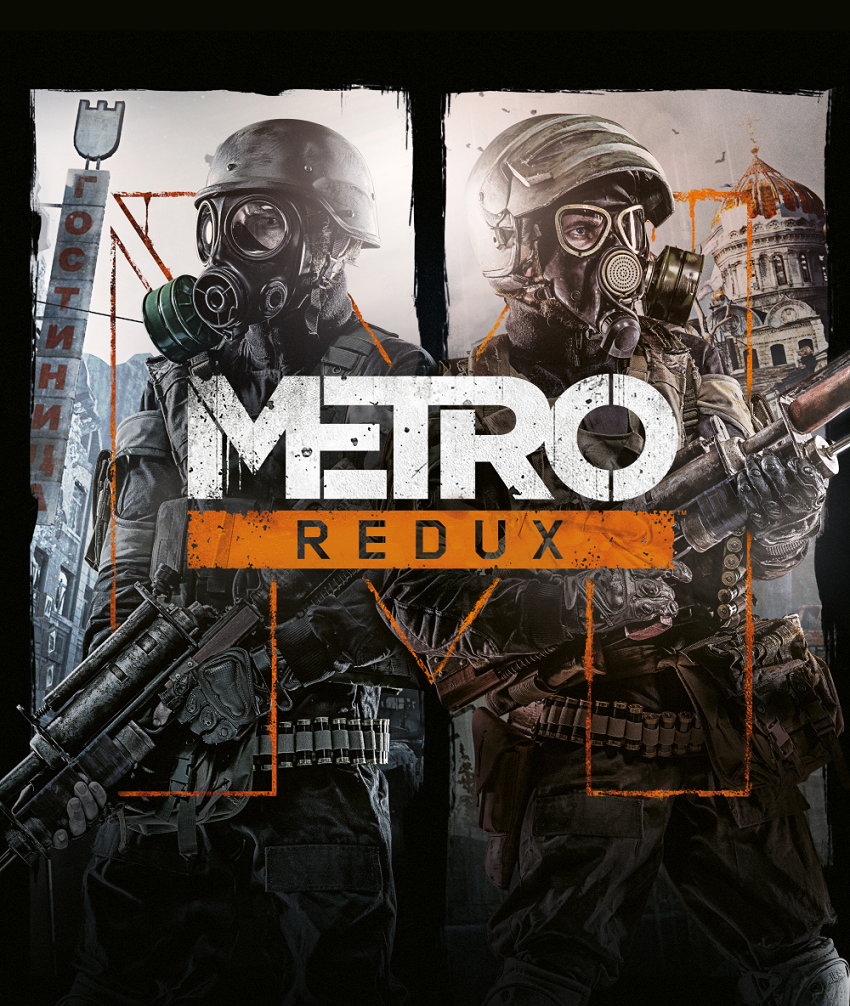 With the arrival of Metro Exodus, it is a good opportunity to claim the first two installments of the series: Metro 2033 and Metro Last Light, based on the work of Dimitry Glukhovsky. They are different first-person shooters, in which you have to study the scenarios thoroughly and measure the bullets of the post-apocalyptic environment in which they are developed. They are intense, realistic games that move us to live a desolate and raw place. A saga that nobody should overlook with some of the most underrated PS4 games. 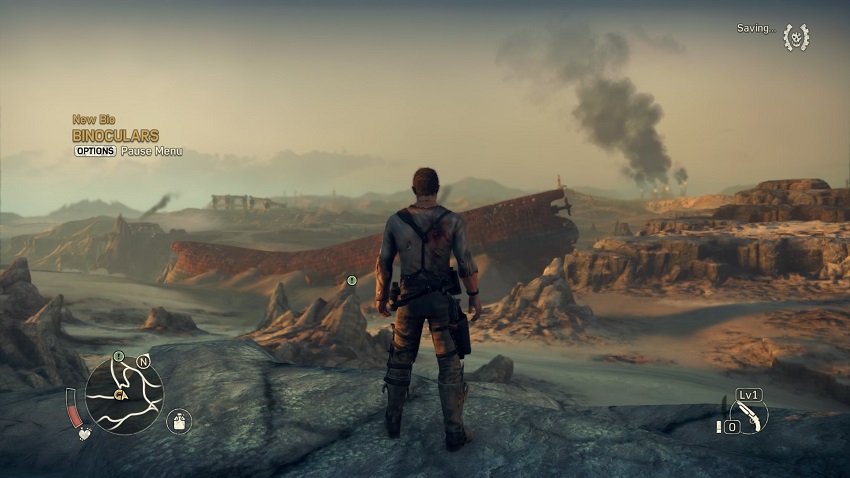 The film is another level, but the game of Mad Max does not fall short and transports us to the universe of sand and fire of the work. A sandbox in which we have many possibilities, both piloting through its desert scenarios and performing numerous tasks to confront and crush the many enemies we encounter. Fun and without complications; What more could you want? 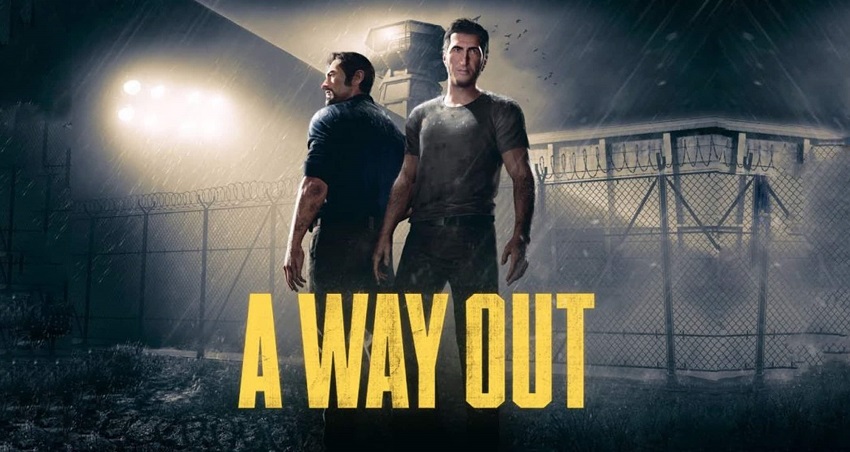 We miss that there are more cooperative video games and that is why it is a good reason to claim A Way Out, a work of the author in which we have to collaborate to escape from prison through teamwork and conflict resolution – and distribute Colinas, also- in the company. It is brief but it goes straight to the point and, without too much fanfare, is able to keep us hooked on command. With the plus of which, accompanied, everything turns out better. A good PS4 game that has been unfairly undervalued.

You may like- THE BEST SCARY AND HORROR GAMES OF 2019 FOR PS4, XBOX ONE, NINTENDO SWITCH AND PC 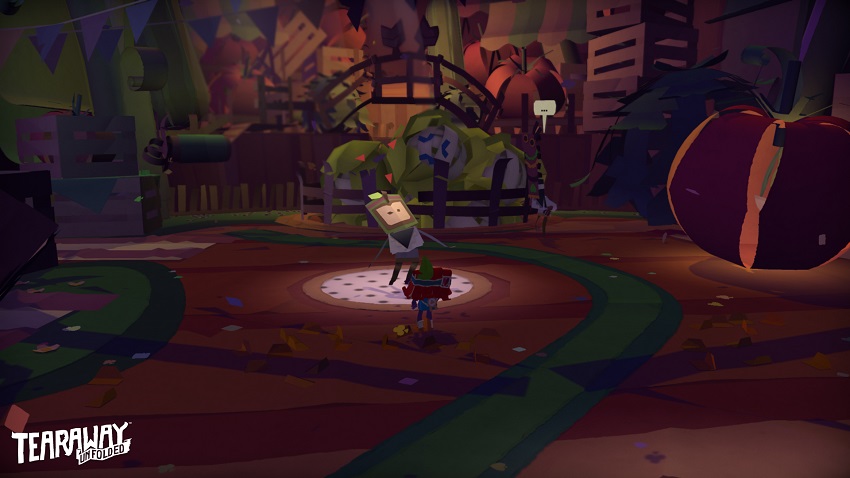 It is true that Tearaway Unfolded is one step below his version of PS Vita, where he still broke the fourth wall with more force. But it is a hilarious title, capable of dazzling both small and older. One of the best PS4 platform games thanks its concept and development of the most original. It is one of the underrated PS4 games.