We offer you a list of the best action games of 2019. Shots, punches and moments that will take your breath away, and include the return of powerful sagas such as Gears of War 5 for Xbox One or Bayonetta 3, developed by Platinum Games in exclusive for Nintendo Switch.

We have already talked about the best shooter or FPS of 2019, we have also presented the list with the best RPGs or RPG of the year, and of course, with the most anticipated adventures of 2019 for PS4, Xbox One, Nintendo Switch, and PC. Well, now it’s the turn of the best action games of the year. It is a very broad category, in which we have especially included the “brawler”, the lateral advance games type “run and gun” and even some aerial “shooter”.

Before you take a look at our selection – in this case, we have highlighted eight games confirmed for 2019 – it is worth noting that there are many more, such as Streets of Rage 4, Asterix & Obelix XXL 3, World War Z. 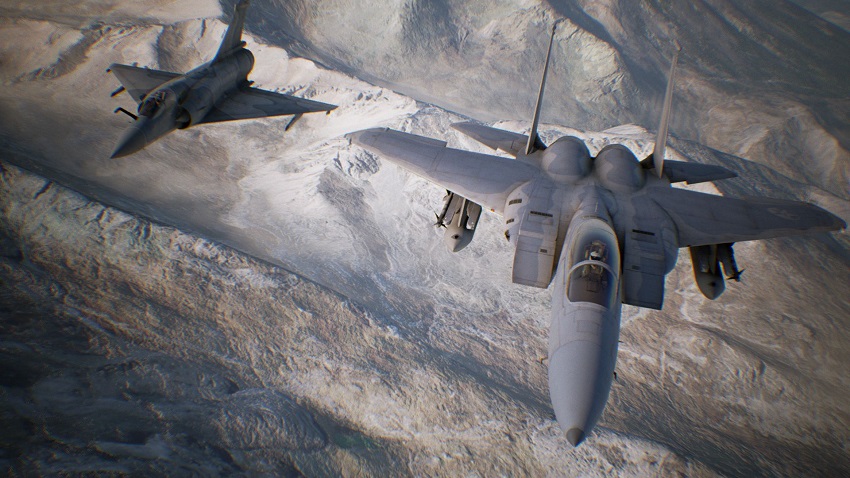 On January 18 we will be able to enjoy this air combat arcade on PS4 and Xbox One, while PC users will have to wait until the following month. What he proposes to us are “dogfights” at the controls of the most sophisticated combat machines in the world. The fighters and fighter-bombers that appear in the Ace Combat 7 hangar collect the best of the modern aerospace industry: F-15 Strike Eagle, F-16 Fighting Falcon, Mig 29 Fulcrum, A-10 …

The realism of the machines – which can be piloted from the cabin or with an external camera – contrasts with the pace of the combats and controls access to all. Skies Unknown will feature an online multiplayer mode and, in the PS4 version, a spectacular virtual reality mode for PSVR. 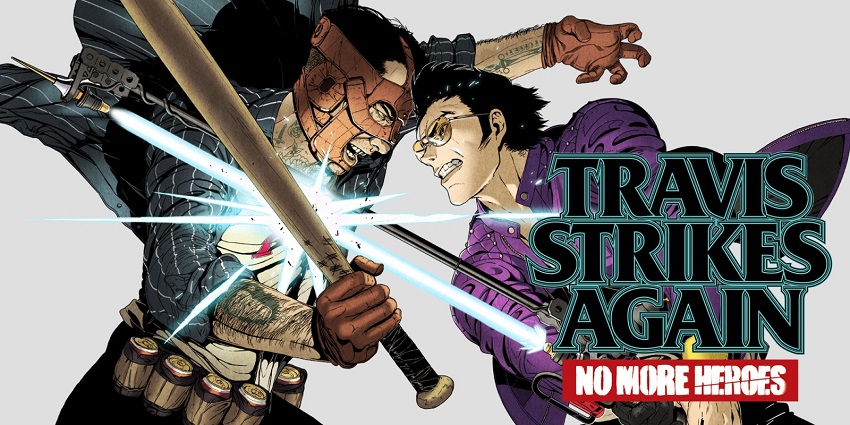 Also on January 18, Nintendo Switch users will receive Travis Strikes Again, the third installment of No More Heroes. Like the previous games developed by Goichi Suda, you can expect a lot of winks to popular culture, a sarcastic sense of humor (with some spicy details and the characteristic “save game” screens in the toilet) and mechanics of a “brawler” classic.

This time, the game is set inside a demonic console, the Death Drive Mark II, and each of the cartridges we load becomes a different challenge for Travis Touchdown. To take advantage of the hardware of Nintendo Switch, we can play it in cooperative local mode with two joy-con.

We have had to wait, but it will be on March 8 when the users of PS4, Xbox One and PC meet again with Dante, Nero, and V (a new character who joins the campus). Several years have passed since the fourth installment of Devil May Cry – the last according to the canon – and the threat of infernal power is again present. The invasion begins with the seeds of a “demonic tree” that is taking root in Red Grave City.

From that moment, we can expect high-voltage battles, with rock music, studied poses and impossible weapons. The soundtrack and the visual section (which uses the RE Engine engine, owned by Capcom) will be at the height of such a resounding comeback. 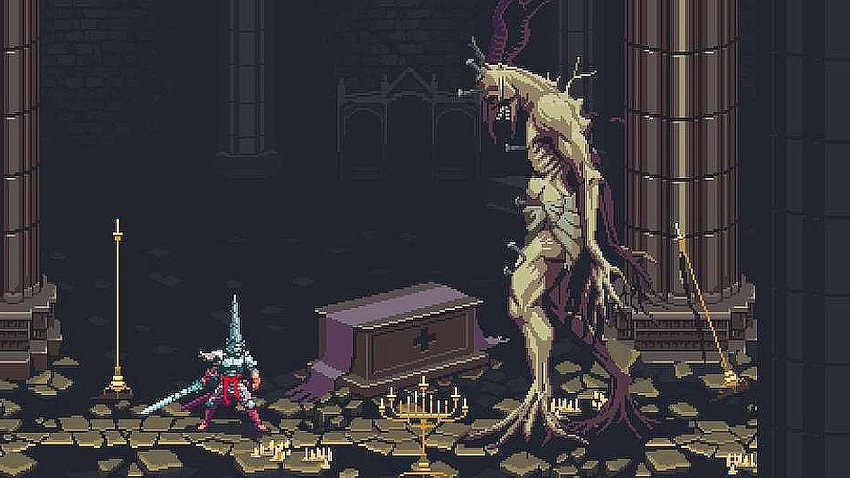 n the words of its creators  Blasphemous is a platform “hack ‘n slash” fast, intense and bloody in which our protagonist, El Penitente, will have to enter and explore a multitude of places full of bloodthirsty enemies, traps and mechanisms that can testing. The target audience is the one who enjoys side-scrolling games and Castlevania platforms or more arcade like Ghouls n ‘Ghosts or dark fantasy games like Dark Souls. At last this year we will be able to enjoy one of the most promising indies of the national panorama, with winks of the Sevillian folklore and a brilliant ambiance. 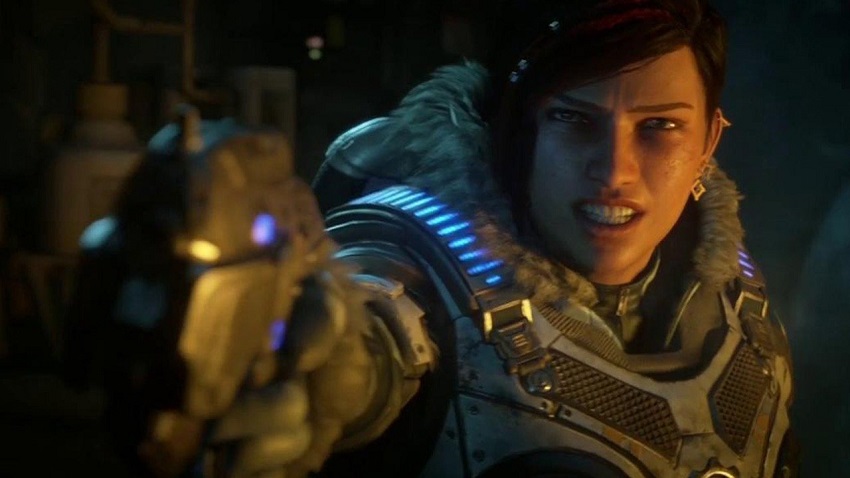 It will be released in 2019 and will be doubled in Spanish. Finally, this year we can return to combat and know what happens with JD (the son of Marcus Fénix) and Kait Díaz, after the intriguing finale of Gears 4. For now, we know that the game, exclusive to Xbox One in consoles, will have a narrative approach, without renouncing the hectic combats with coverage “brand of the house”. We already know one of the new enemies that we are going to cross on the battlefield. This is the  Flock Swarm  (Swarm Flock) and will consist of a group of flightless Leeches  (Swarm Leeches) that will fly in groups randomly devouring every living thing that gets in his way, something reminiscent of the Kryl of first  Gears of War. 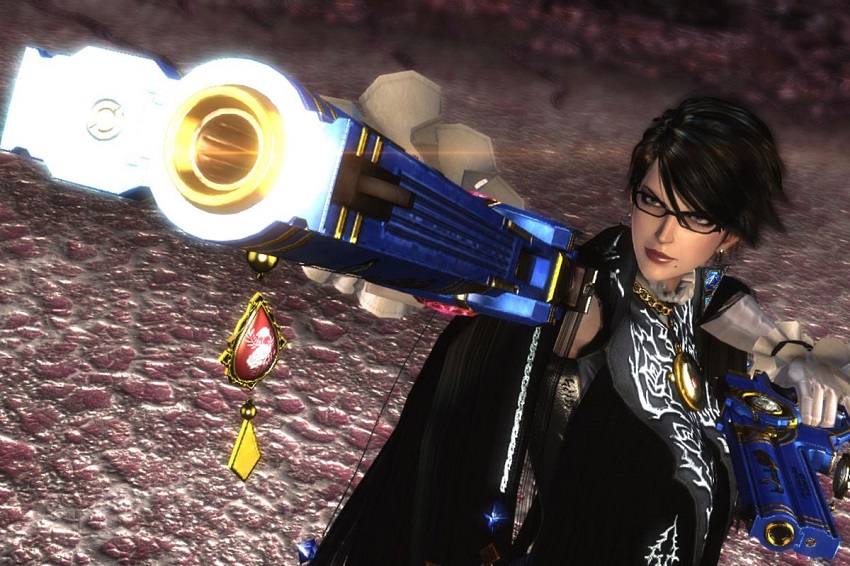 We are optimistic, but the Bayonetta 3 logo that Hideki Kamiya (from Platinum Games) showed a couple of years ago, makes us suspect that in 2019 we will be able to enjoy the third installment of this “beat’em up” starring the Umbra Witch. It is difficult to overcome the sense of spectacle, the soundtrack and the combos system of the second part, so we settle for new scenarios, a new army of angels and Lumen scholars to give their deserved … and cooperative mode local that make the most of our Nintendo Switch. This is not the only development in which Platinum Games is involved, but it is certainly the one that has raised the most expectations. Especially after the great reception that the first two games had in 2018.

While we bite our nails thinking about what will bring us the confrontation between Thanos and what remains of the Avengers in Avengers Endgame (in the movies), it turns out that a new “crossover” comes in history. For now, the trailer has only shown us the members of Guardians of the galaxy facing the minions of Thanos, the members of the Avengers fighting against Ultron, Spider-Man testing his arachnid powers against the Sandman or the members of the incredible X-Men (the X-Men ) fighting against the sentinels. The development team behind Marvel Ultimate Alliance 3 The Black Order is Team Ninja (which in 2019 will also launch Dead or Alive 6 and Nioh 2) and this time it is an exclusive development for Nintendo Switch. 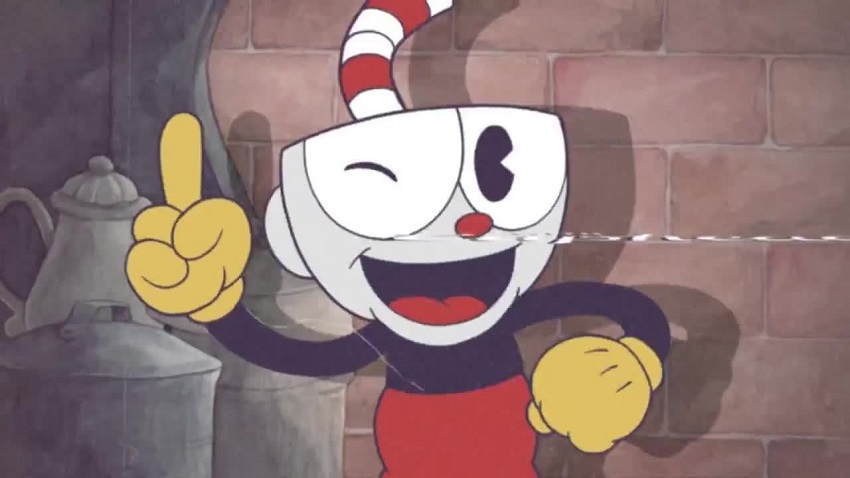 To end the most promising action games of 2019, we have saved one of the most difficult. It is a DLC of Cuphead, which will surprise us with the appearance of a third character ( Mrs. Chalice joins Mugman and Cuphead ) and with additional weapons, new final enemies and scenarios that were not in the original game. For now, there is no definitive release date, nor the confirmation that an edition that includes the original and this DLC will be launched (we cross our fingers so that in physical format).