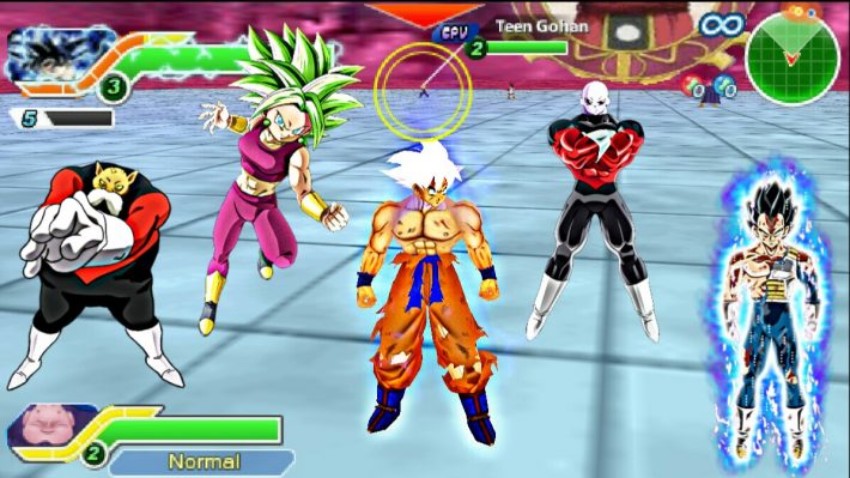 Dragon Ball is enjoying a second youth in film and television with the anime series of Dragon Ball Super, the film by Broly and the homonymous manga drawn by the great Toyotaro. In the section video jueguil Goku and company have never been absent, and not a year goes by without Playstation, Nintendo or Xbox take their corresponding game of Dragon Ball. But what about Android? We share some best Dragon Ball games for Android.

In Android, and more specifically in Google Play Store, the absence of important games of Dragon Ball is quite noticeable, and although most are apps without much travel, there is also a place for some other pearl or interesting game. These are the 12 best Dragon Ball games for Android.

NOTE: This post is updated periodically from time to time with the new Dragon Ball and Dragon Ball Super games that are coming out for Android. Many of the unofficial games are removed shortly after leaving on Google Play. But can still be downloaded from repositories and alternative APKs sources. 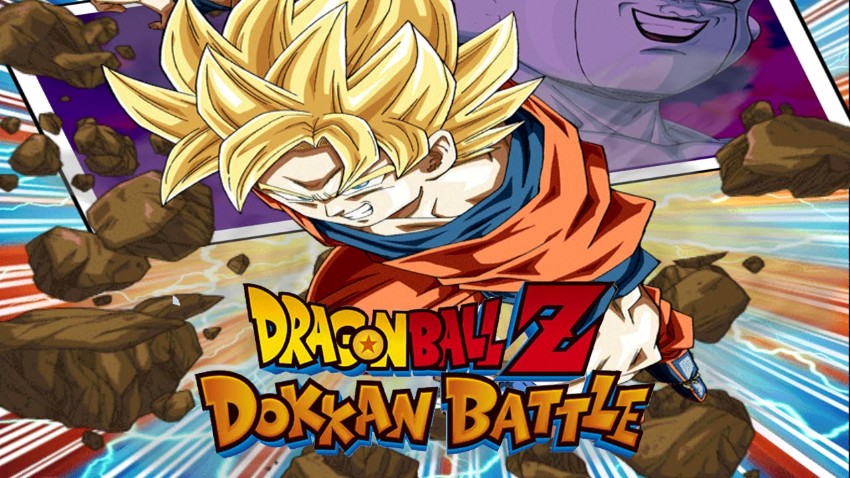 It is the only Dragon Ball game that we can call “official” in Android. Under the seal of Namco Bandai, Dokkan Battle is a game that mixes puzzles and strategy. Breathe the same essence as other titles such as Puzzle & Dragons: we must chain colored spheres to perform combos with which to harm our enemy, with several factors to consider that increase the level of strategy of the matches.

The visual section is spectacular, although there is not much use of animations, the illustrations are extremely faithful to manga and anime, and they have been used in such a way that they give a lot of dynamism to the game. Unless we are very hooked, over time it can be somewhat repetitive. 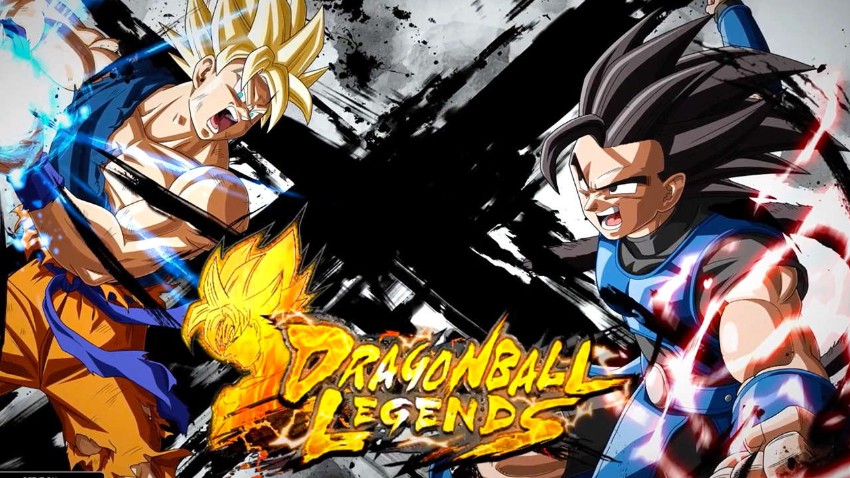 This is the first official mobile game that opens after the end of Dragon Ball Super, so the expectation that has generated is huge. Its official launch was in the middle of May 2018, and since then it has only grown.

This is a game of action cards, with real-time matches never before seen in a Dragon Ball video game for mobile. Another attraction of Dragon Ball Legends is the introduction of a new character (Shallot). Unknown so far, and designed by Akira Toriyama himself. 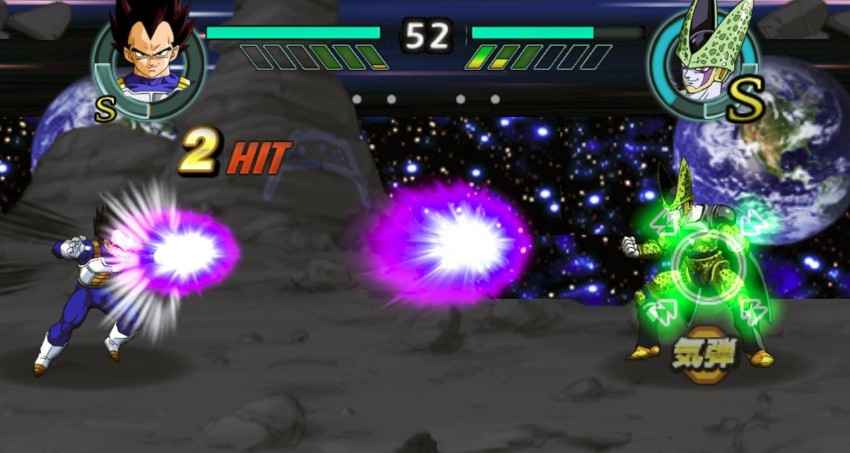 Probably the most attractive game visually, next to Dokkan Battle – and with permission of the new Dragon Ball Legends -. In this case, it is a fighting game with a very special game dynamics. The best thing is that you see it in the following video to get an idea:

Unfortunately, the game was removed from Google Play, although it can still be downloaded safely from alternative app stores, such as Aptoide. Important to mention that the installation requires certain steps to work properly – you can find a lot of tutorials on YouTube. 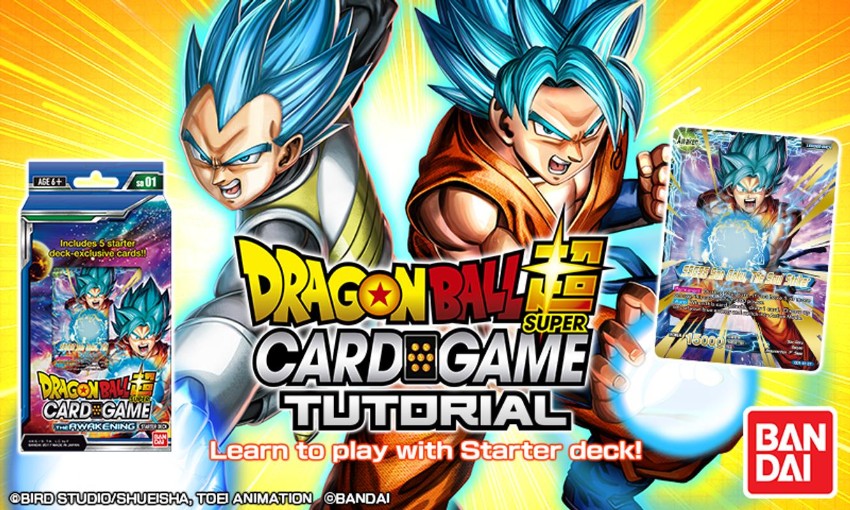 This game developed by Bandai is the digital version of the Dragon Ball Super Card Game. In the background, it is still a tutorial, but it allows us to play the card game of the series from the mobile or tablet. A title very similar to other games of the guild, no doubt will please the followers of  Magic: The Gathering and the like. 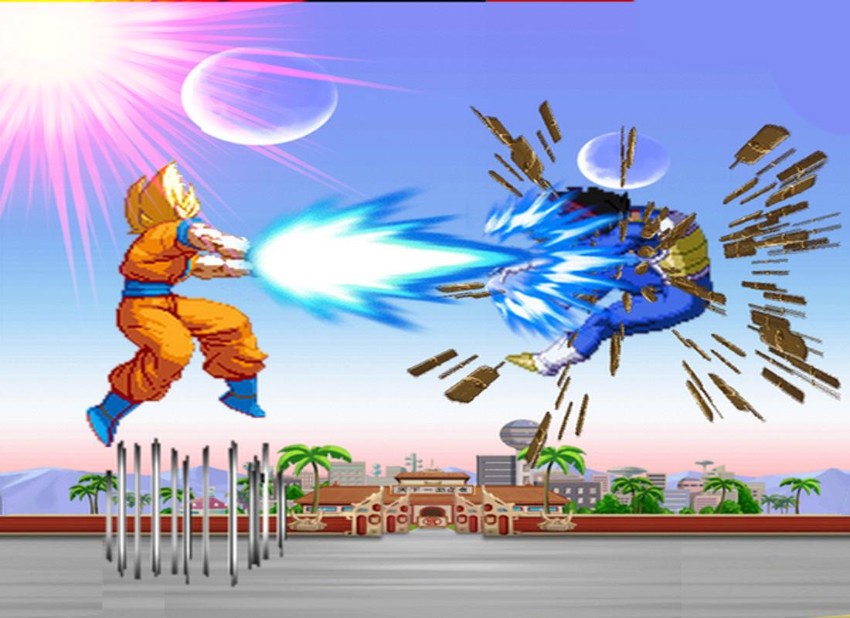 An unofficial game that we can find in alternative APK repositories. It’s a fairly recent game that includes Dragon Ball Super characters. Basically, we are facing a game in which we must defeat all the enemies that are appearing in a side scroll with Goku in Super Saiyan God Blue. Every once in a while, we will see a Boss Battle in which we will have to defeat some of the best-known characters of the franchise.

It is noted that it is a game made by fans and therefore does not reach the level of other games on this list, but it is not bad either.

This is another unofficial game of the franchise and is still in beta (although you can download now). It is a quite different title to what we can find nowadays in the Play Store, offering an RPG type game, with dynamics based on farmer and automated combats. All with an interface a little overloaded at the same time as colorful. It is noted that many hours have been spent on design and development by the author. It is one of the best Dragon Ball games for Android.

It uses many characters from the first stories of Dragon Ball, which are mixed with more current characters. To be able to play requires registration, but you can log in with a guest account. Which is great if we are testing it for the first time and we are not sure if we will continue playing it in the future. 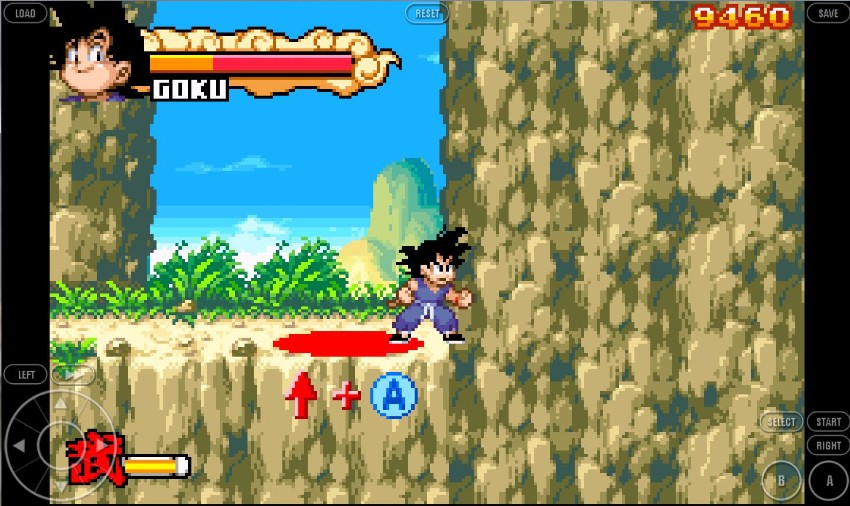 This is a title that came out for Game Boy Advance and that also has a modified version for Android. It is a beat’em’up with combats 1 vs 1 set at the beginning of the manga, with the first martial arts championships and the appearance of Piccolo Daimaoh and company.

A very fun game and especially recommended for fans of the first stage of Dragon Ball. Available for download in Aptoid and similar repositories. 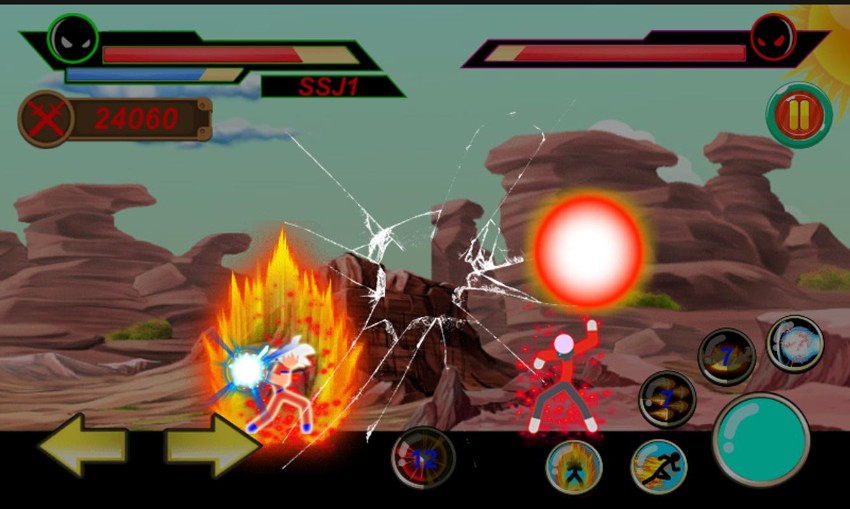 Fight game that drinks both Dragon Ball as the classic stickman or “stick man” of mobile games. We are before a title that action where we can fight with Goku Black, Jiren or Vegetto among many others. Of course, all of them with a stickman design. Attention, because this can be a really fun game if we catch the point.  It is one of the best Dragon Ball games for Android. 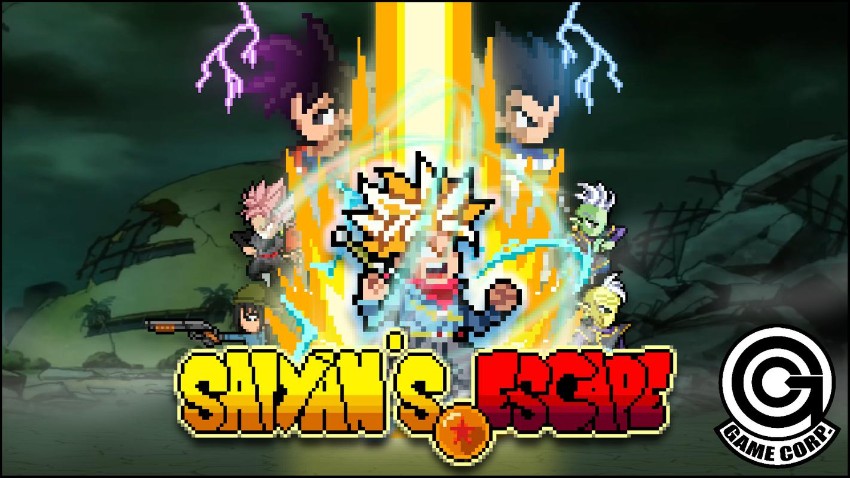 This game generates mixed feelings. On the one hand, is great because it is a very current game: set in the apocalyptic future of the Black Goku saga. We put ourselves in the skin of Trunks in a frenetic game of “infinite race” in which we have to jump and dodge obstacles, even being able to become super saiyan.

The bad thing is that it has a very high level of difficulty. Extreme. If you like challenges do not fail to try Saiyan’s Escape.

UPDATED: This fun Dragon Ball game for Android has recently been removed from the Play Store. We can download the installation APK file from the APKPure website and the like. 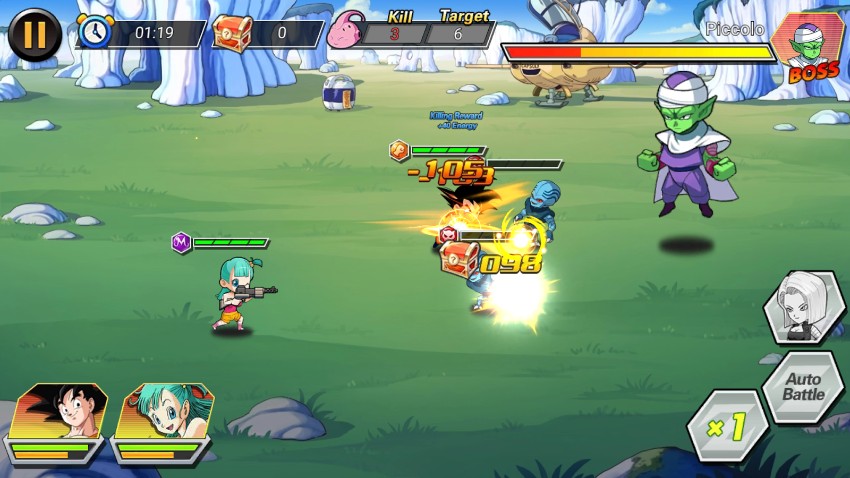 Interesting game Dragon Ball Z for Android. A classic RPG of the lifetime with the beginning of the saga of Raditz and Frieza as a starting point. It has not yet been officially published, but it can already be downloaded from the Google Play Store. A really promising title and the best in terms of unofficial Dragon Ball games.

It is no longer available in the Android Play Store, so we will have to look for it in alternative repositories. 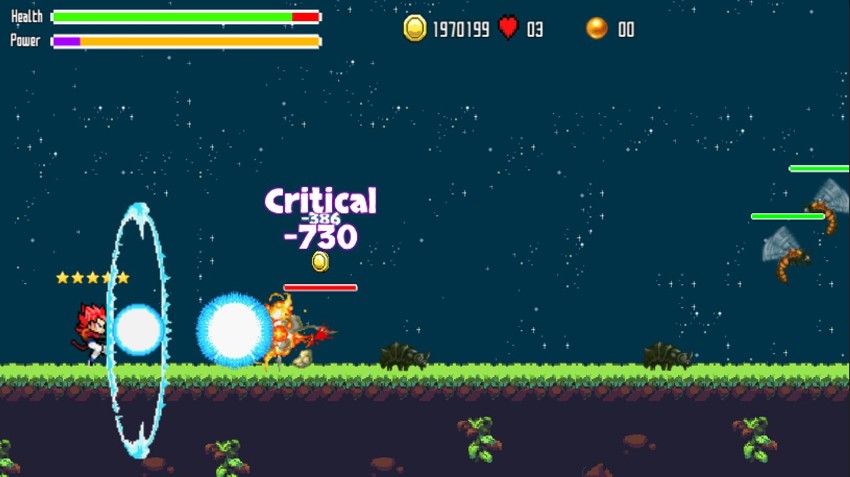 An entertaining game in which we put ourselves in the skin of Goku god mode, and in which the only thing we have to do is to kill all the enemies (Cell, Boo, Raditz etc.) that are scattered throughout the length and breadth of the level. It is developed with a retro style very well worn and at times it is quite fun.

It does not give much more of itself, but if the general concept and ideas of the game were developed a bit more, they could get a really brutal product. 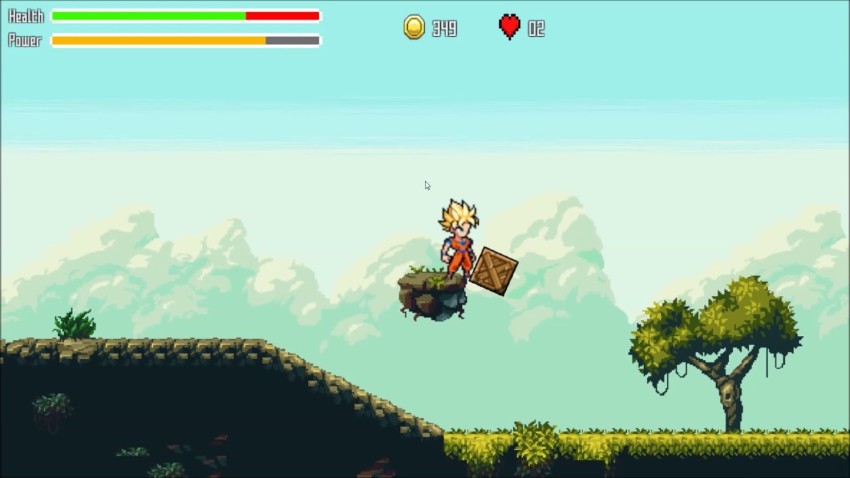 With a game engine almost identical to the Battle of Super Saiyan, Goku Global Fight is a side-scrolling game in which we must advance by eliminating all the enemies that appear on the screen. It is very difficult but better carried than the aforementioned BoSS.

Note: Recently removed from Google Play. It can still be downloaded from alternative apps repositories.

Extra Ball: other Dragon Ball games and apps for Android

Below are other apps and games for Android phones and tablets that deserve to be mentioned: 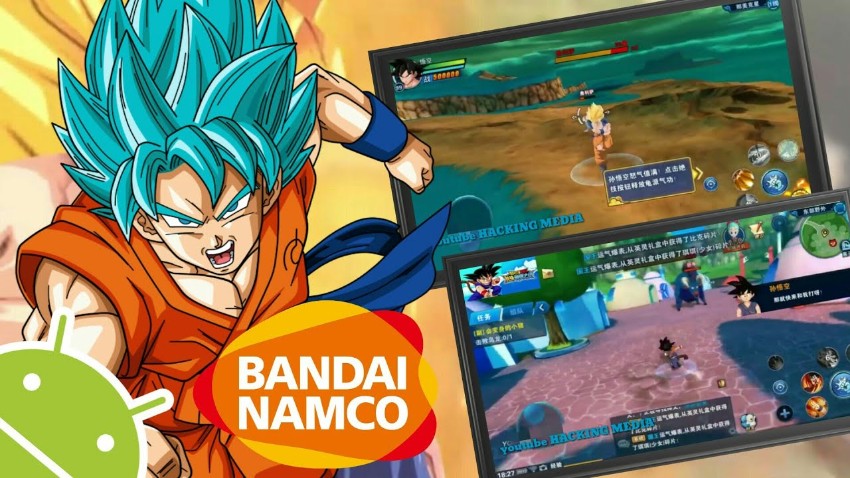 This is a game that has been in development for quite some time and is still in beta. Developed by Bandai, it has some graphics “console level” and has a story mode in which we will control a Goku in the first comparisons of the manga.  It is one of the best Dragon Ball games for Android.

There are several beta APKs circulating around, but you need to register and have a Japanese phone number. For now, it is difficult to play, but it is one of the most promising titles for this 2018, along with Dragon Ball Legends.

Given the fate of other games without a license, we do not know how long this add-on for WhatsApp can last in the Play Store, so if you’re interested, do not lose sight of it.

Game of playing the piano, which follows the same dynamic of classic titles as Guitar Hero. All included songs are part of the Dragon Ball Super soundtrack. Here we will find the song of the Ultra Instinct, the endings of the anime. And in short, a lot of melodies from the last sagas of the anime.

Its own name says it all: an app with Goku wallpapers to personalize your mobile. It has more than 200 illustrations in full color with some designs and really cool poses. Wallpapers in HD and FullHD with all the transformations of Goku in Ultra Instinct mode, Super Saiyan 3, Super Saiyan Blue and more.

Fusion Generator is what its name suggests: an app that creates mergers between any of the hundreds of characters that make up the Dragon Ball universe. Do you want to see what would come out of the fusion between Krillin and Frieza? Bills and Bulma, or Buu and Mutenroshi?

The app does not give much more, but to spend an entertaining time and have a couple of laughs is more than capable.

Updated: Game removed from Google Play! Find it in your favorite app’s repository. 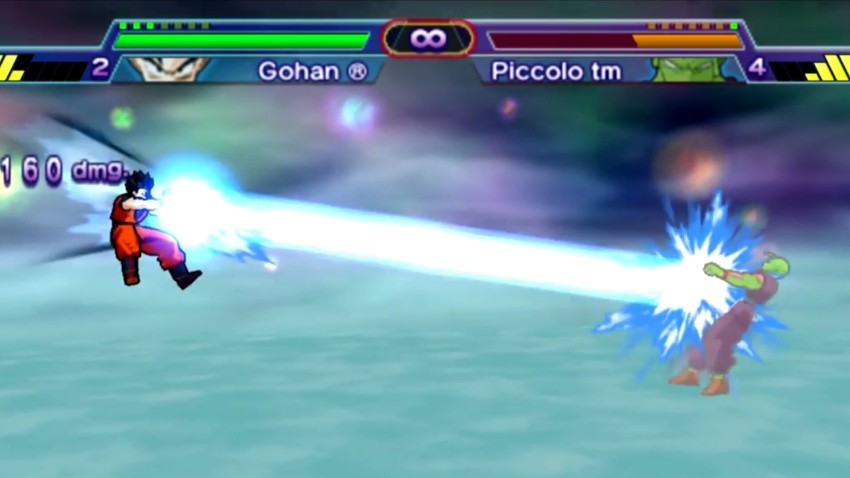 Super Goku: Saiyan Warriors is an Android emulator of the classic Dragon Ball Z Shin Budokai game of the PSP. A great game of close combat with lots of combos, energy attacks, Arcade mode, History and much more.

The only thing that can be blamed on Saiyan Warriors is the sound, which sins of a nefarious quality. Available for download in stores or alternative repositories.

This is a small editor in which we can tune images and photos in Dragon Ball style. We can wear Goku’s hair, in normal Super Saiyan, blue, Piccolo’s turban. There is everything: energy balls, auras, scooters etc. 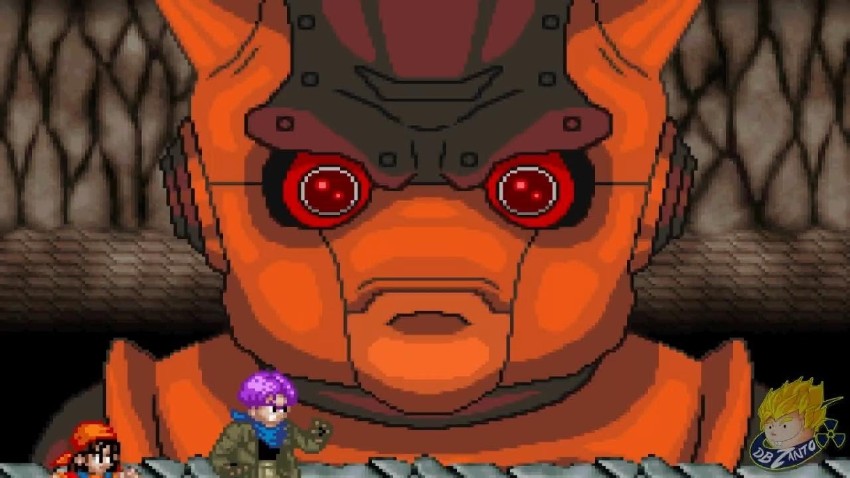 Another game that we will only find in alternative apps stores and whose argument is based on the story of Dragon Ball GT. It is a  beat’em’up where we will start controlling Goku, Pan, and Trunks. And we will be distributing cakes to the different “putties” that are presented to us. Not bad at all, but it includes many intermediate scenes of text and conversations between phase and phase.

What did you think of this little list? Do you know any other Dragon Ball game worthwhile? If so, do not hesitate to stop by and leave your opinion in the comment box.