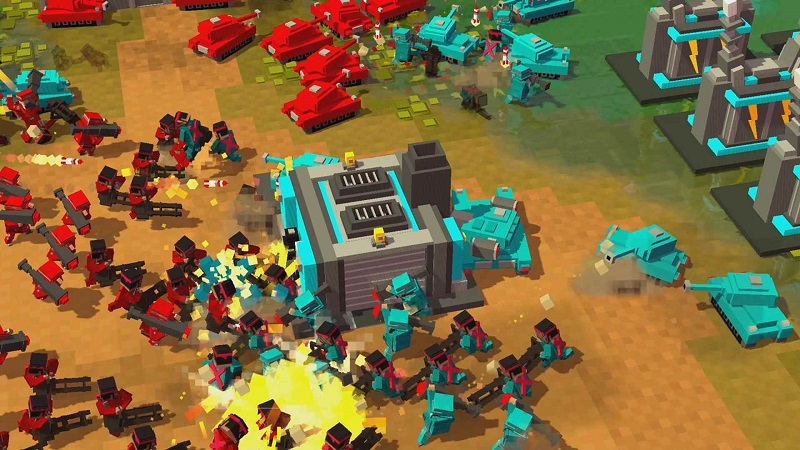 The best strategy games for android

Galaxy control is based on a space environment where you will have to build your command center along with your troops. And attack enemy bases. In which resources are collected to expand and strengthen your units in the large space around you. Where you have very taken into account the strategy. And playing styles of each player, with very standard graphics in the input range. A very simple interface although with slight infrequent pulls. And low-quality audios from the spatial environment of this free mobile game.

Boom Beach is a real-time strategy and combat game set on the island. In which you will have to expand your army, gather resources. Train your troops to be stronger in order to defeat the dark guard. And save to the captive natives for these. With impressive 3D graphics well defined and optimized for a large part of mobile devices of all ranges in Android and IOS, ideal for hobbies or dedicate a little more fighting with different players online or defend against their attacks thanks to its classification system and special events. It is one of the best strategy games for android.

Clash of clans is based on a strategy game, which you have to collect elixir. And gold to be able to form your base, with an initial tutorial very in line with someone who knows nothing. Game-based on a medieval environment with elves, giants, etc. With good optimization and polished graphics. It offers a visual delight, having a more than rewarding gaming experience with solo mode. Where you have a statistics table in which you will have to go climbing destroying your enemies. And defending your base successfully to get better rewards.

An illustrative and comic-based game with monkeys as protagonists, BTD battles plunges into a dynamic 2vs2 gameplay defending your base of balloons, yes, balloons in which it is an intense battle until the last second, where any of the 2 players and their bar life reaches zero, with various maps and classes to defend your base where each game is random, for their maps where they have an advantage regarding each class so the formation of your units is different. It is one of the best strategy games for android.