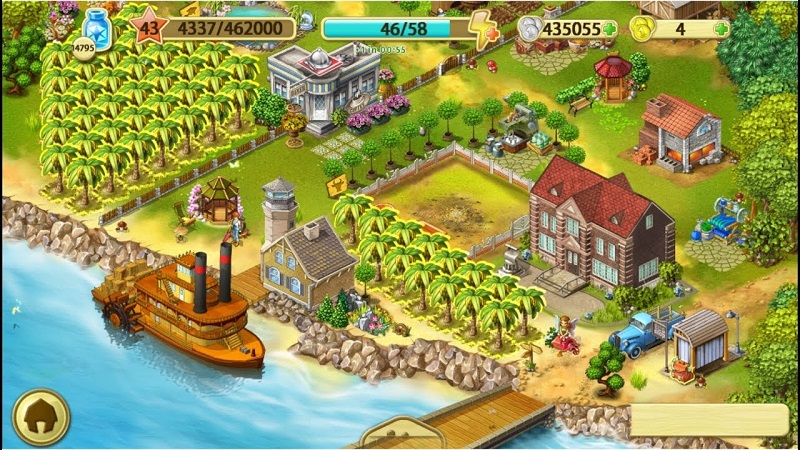 We review the best farming games and agriculture. Titles that allow us to embrace life in the countryside and become real farmers like Stardew Valley, Harvest Moon, Farming Simulator, Farmville.

One of the main features of video games is that they allow us to become impossible characters: demon hunters, policemen in full zombie apocalypse, legendary soldiers, heroes armed with magic swords, pocket creature trainers … And, usually, All these “virtual trades” involve action in any of its aspects.

But that does not mean that there is also room for peace and quiet in video games. For the straw hat, the spike in the mouth and the sun setting behind a crop field. In case this (or the huge headline that opens this article) has not already given you the necessary clues, let us welcome you to the best games of farms and agriculture. Although the genre is not new (the Harvest Moon saga has been waging war since 1996), in recent years it is attending a small golden age thanks to unexpected successes such as Stardew Valley or bombs of the caliber of Farmville.

That has led us to plow the way to make way for a small selection with the best games of farms and agriculture. It is small, but you know what they say: sow good deeds, and you will reap fruits to spare.

And we start with what is without a doubt the most popular case. The success of FarmVille was mainly due to Facebook, and it was that, in the beginning, it was an application made in Adobe Flash that was accessed through the browser of the queen of social networks. In fact, its success was such that, after the launch, it held the most popular Facebook game title for two years, reaching a peak of 83.76 million active monthly users. It is one of the best farming games.

Currently, and although FarmVille 2 and expansions such as Country Escape have been launched, its popularity has been declining. But if you are looking for entertainers with a free Harvest Moon style game, FarmVille is still a highly recommended option. It is one of the games like Stardew Valley.

And if what you are looking for is experience less “arcade” and more true to reality, then Farming Simulator is your game. Developed by Giants Software, the series was born in 2008 (under the name Farmer Simulator). And has accompanied us year after year on consoles, PCs, and mobiles, reaching the last installment, Farming Simulator 2017.

It is played in the third person and is developed in an open world, where we carry out all kinds of farming activities: planting, collecting, selling products … And we can even drive real-brand vehicles. With the passage of time, the saga has evolved, incorporating new more complex mechanics, which have made Farming Simulator one of the best farm games.

To talk about farm game is to talk about Harvest Moon, or as it is currently known in these parts, Story of Seasons. The first installment launched for Super Nintendo in 1998 (in Europe), intelligently mixed animal management and resource collection with elements of the RPG genre, resulting in a hilarious game that dazzled fans (and not so fans) of the world of agriculture. It is one of the best farming games.

After several years (and games) using the name Harvest Moon, in 2014 it was decided to rename the saga to Story of Seasons. The latest installment, Story of Seasons: Trio of Towns for 3DS, was launched last year, considerably improving the saga’s formula, and adding new features such as new animals or new activities to perform.

Here we are cheating because Animal Crossing is not a farmer’s game as such, but by both mechanics and setting it transmits the “farmer spirit” by far, so we have not been able to avoid including it in our list of the best games of farms and agriculture. In consoles (3DS), the last installment was the magnificent Animal Crossing New Leaf, which left us memorable moments thanks to the inclusion of the figure of the mayor, which made it more customizable and fun than ever, in addition to being a great option to start In the saga. In addition, this year the saga has also made the leap to mobile phones with Animal Crossing Pocket Camp. It is one of the games like Stardew Valley.

And we end with the last great success in the world of virtual farmers: Stardew Valley. For four years, Eric “ConcernedApe” Barone worked alone to create a game that collected the best of Harvest Moon / Story of Seasons. Solving the rough edges and improving his skills as a programmer and videogame designer along the way. That was how in February 2016  Stardew Valley arrived in Steam. And it did not take more than a couple of months to become a phenomenon, sneaking into the list of bestsellers. And also promoting the development and subsequent release of versions for consoles, including Nintendo Switch. It is one of the best farming games.

You may like- THE 7 BEST ANIMAL GAMES FOR ANDROID