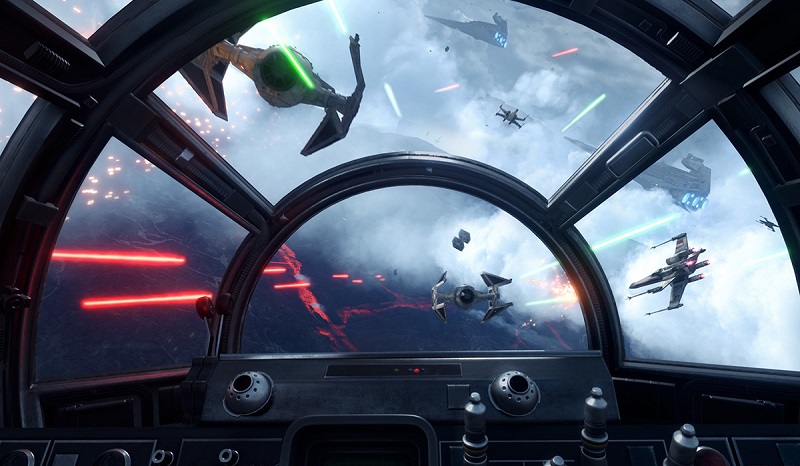 Our first suggestion is Mekorama VR, a puzzle game in which you have to guide a robot by moving some stones in the middle of the road. The good thing is that your difficulty increases as you progress, so the game never gets tedious.

Although it has no special resources that involve virtual reality technology, the game becomes more fun in this version, considering that you see the whole scenario around you.

The virtual reality game Hunters Gate is more focused on action, as it shows a planet totally attacked by evil creatures. Of course, defeating those enemies is your main objective, which is very fun with a virtual reality device.

It is also worth mentioning that your character grows stronger and acquires new skills throughout the game. Fortunately, controls are easy to get used to, something significant for a game so dependent on quick actions.

3. Need for Speed: No Limits VR

The racing games are a great genre to experience virtual reality devices, mainly for those who like the feeling of speed. With that, Need for Speed: No Limits VR turns out to be a good recommendation since, in addition to being a very fun VR game, it has very impressive visuals.

Apart from that, you still have several options to customize your car, as well as in other games of the Need for Speed ​​franchise.

Gunjack 2: End of Shift is also an excellent option since it is currently being considered one of the best virtual reality games this year. Here, you are a space mercenary who needs to protect a mining platform from potential thieves.

The style of the game is quite impressive and has an interface of a ship, which helps to dive with the virtual reality device. The controls may take a few minutes to be handled with familiarity, but it is worth a try.

Anshar Wars 2 is another space game, but it focuses much more on fighting other ships that appear in your path. It also has a very detailed and submersible look, so it is perfect for virtual reality.

The only problem is that since it is a bit frantic, it is exhausting to control the camera only with your vision, so many players recommend playing with normal control.

Land’s End is a very interesting suggestion, especially considering that it was developed by the same creator of Monument Valley, one of the most successful mobile games of this decade.

In this game, your character wakes up in an ancient civilization and you have to help him continue solving several puzzles. It can be very challenging and does not need additional control to be taken advantage of.

Wands is also a very interesting title, although it has a simpler premise than other games mentioned in this list. Here you are in an alternative version of London of the nineteenth century in which there is magic, so you have a wand full of spells.

Basically, you can use those spells to fight against other players around the world. The game is very fun and captivating, but it is recommended that you train a little with the controls before going out fighting against other people.

Another game that is very worth checking out is the Augmented Empire, a turn- based tactical RPG that surprises for being something completely different from what we imagine when we think of virtual reality games.

It has a very captivating story, several characters that you can control, well-detailed visuals and excellent dubbing in general.

Lamper VR: Firefly Rescue is an interesting and adorable game that puts you in the place of a little firefly that needs to rescue its other insect friends that were lost after a spider attack.

The premise is very simple, as you may have noticed, but that is part of the game’s charm. You can explore caves, forests and other scenarios in addition to attacking certain opponents you encounter along the way.

This is another game that takes place in space, after all, nothing better than traveling in a ship shooting at enemies in the middle of the galaxy to really take full advantage of the immersion of your virtual reality device.

The story of VR Space: The Last Mission is very simple, it only serves to justify the missions of the game. Basically, you have to fight against several enemy ships that appear, which ends up being fun enough.