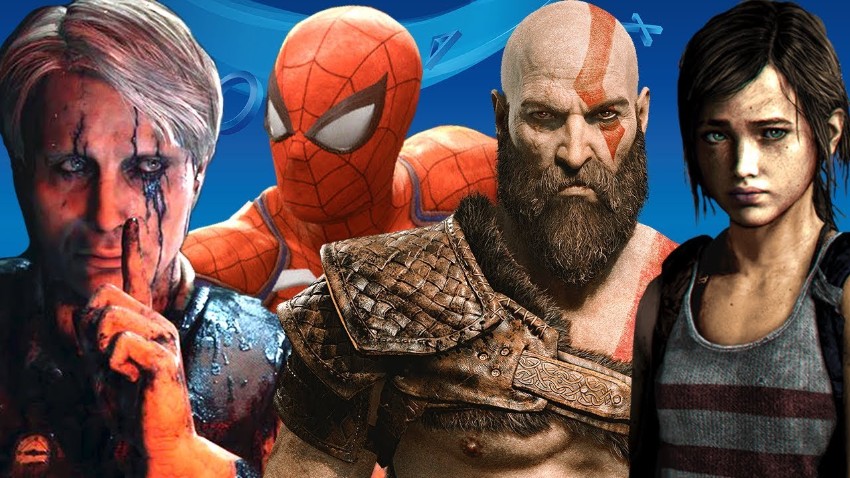 The year 2018 is being a great year in terms of titles for the Sony console (and what is left), so much that it could even surpass the fantastic year that we had in 2017. Sony is one of the companies that have best planned its launches to offer players a lot of adventures throughout the year. Therefore, we have prepared a report with the best exclusive games for PS4 of 2018

It is necessary to clarify that in the list we are also counting the exclusive games of console, that is to say, titles that are also released in PC like Dragon Quest XI or Ni No Kuni 2 or Street Fighter V Arcade Edition, and that we also include games that weigh still they are not for sale in Spain, like The Last Remnant Remastered or Resonance of Fate, if they deserve to be in this exclusive ranking of PS4. 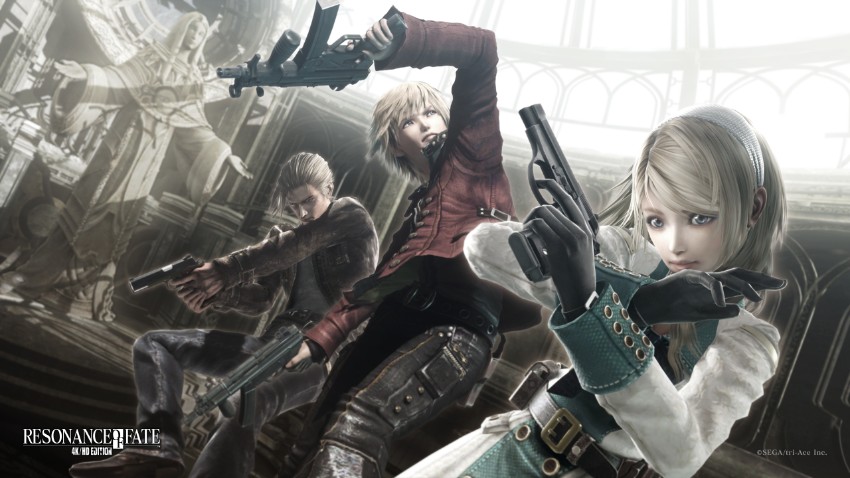 Resonance of Fate was an RPG for PS3 and Xbox 360 where action and strategy mixed with guns to create one of the most original (and complex) combat systems seen in the genre. Although at the time it did not make much noise, little by little the title has won a small legion of followers thanks to its amazing gameplay. With this new edition for PS4 and PC, nicknamed  Resonance of Fate 4K / HD, we can all discover (or rediscover) its benefits at 4K resolution. 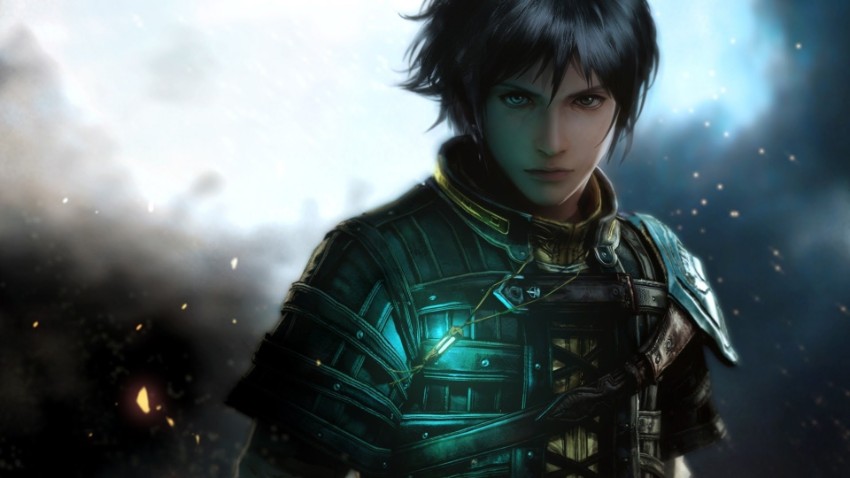 Originally exclusive to Xbox 360 and PC (it was planned to also hit PS3, but never happened), the Square Enix RPG The Last Remnant will come remastered to PS4 on December 6. The Last Remnant Remastered will update the graphics (which were characterized by being the first time that the Japanese company used the Unreal Engine) to show more nitrides and with small improvements in some sections, such as lighting.

Zone of the Enders The 2nd Runner 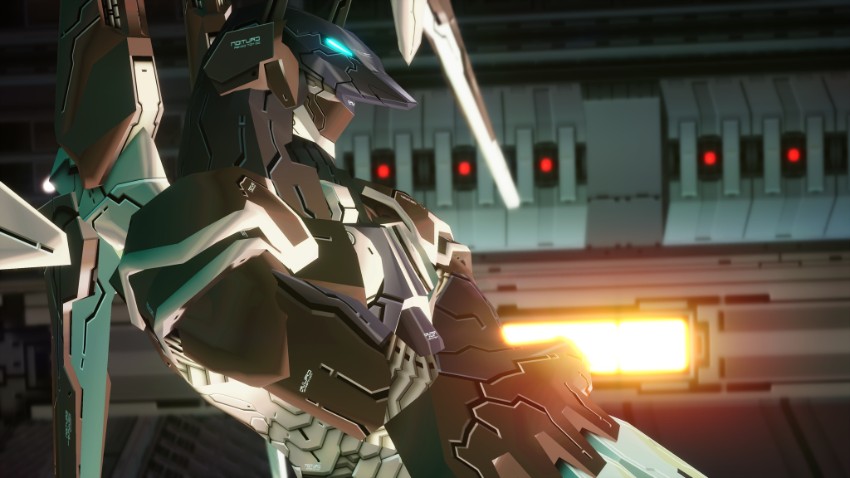 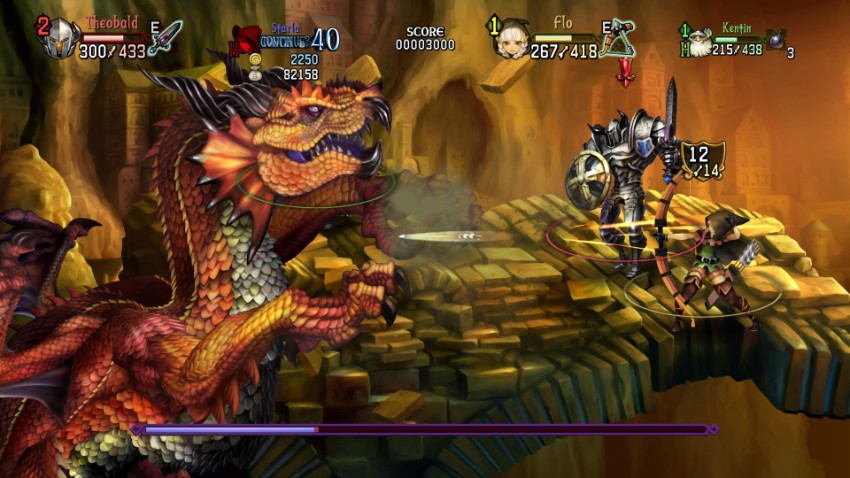 Dragon’s Crown Pro offers a perfect balance between the classic “beat’em up” and the RPG, with a very beautiful visual section and full of personality. The remastered version reaches a 4K resolution on PS4 PRO, is translated and has a new orchestral soundtrack. If you have not played it on PS3 and Vita a few years ago, it’s a perfect opportunity to discover this “brawler”.

Fist of the North Star 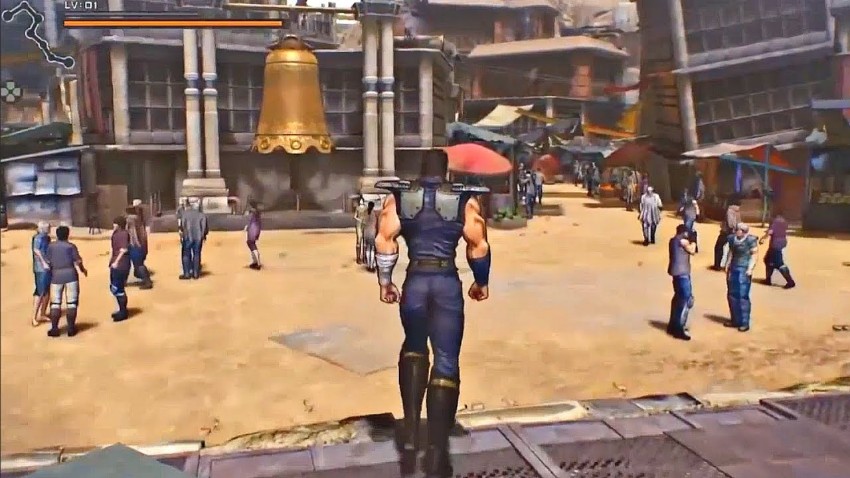 It has not yet been released in Spain (although we can test it thanks to a demo available on PSN), but it has done it in Japan … And it has left us with long teeth. You already know that it is known as  The Fist of the North Star, the name of the anime in Spain. It is an action video game that is developed by the team responsible for the Yakuza series and is based on one of the most influential works in the history of the shōnen and the post-apocalyptic genre in general:  Hokuto no Ken.

The exclusive PlayStation 4 has just come out in Japan (under the name of Hokuto Ga Gotoku, in reference to the Japanese name of Yakuza, Ryu Ga Gotoku)  and has already become a phenomenon in the Sony console. In Famitsu, they have granted him a 35/40.

The new game of  The Fist of the Star of the North for PS4  is developed in a district known as “Eden” where we will have to fight in spectacular and violent combats to try to survive. We want you to get to our stores now! 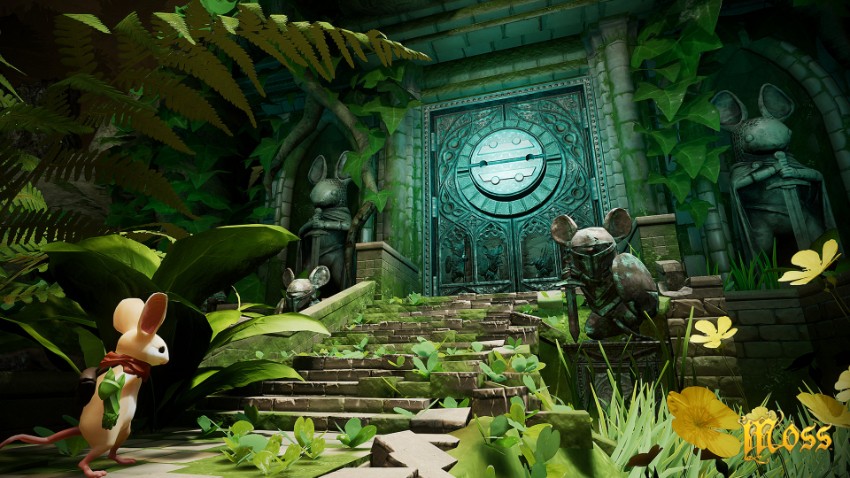 Moss is one of the most interesting and original proposals of the PlayStation VR catalog for PS4. A platform game that combines action, adventure and puzzles that have been developed to make the most of virtual reality.

In Moss, we meet Quill, a brave little mouse who will become a heroine in a world of magic and fantasy. With our help, Quill embarks on an epic journey in which he faces fierce enemies and a multitude of threats. Undoubtedly, one of the great surprises of the PlayStation VR catalog and one of the best PS4 exclusives of 2018.

Shadow of the Colossus 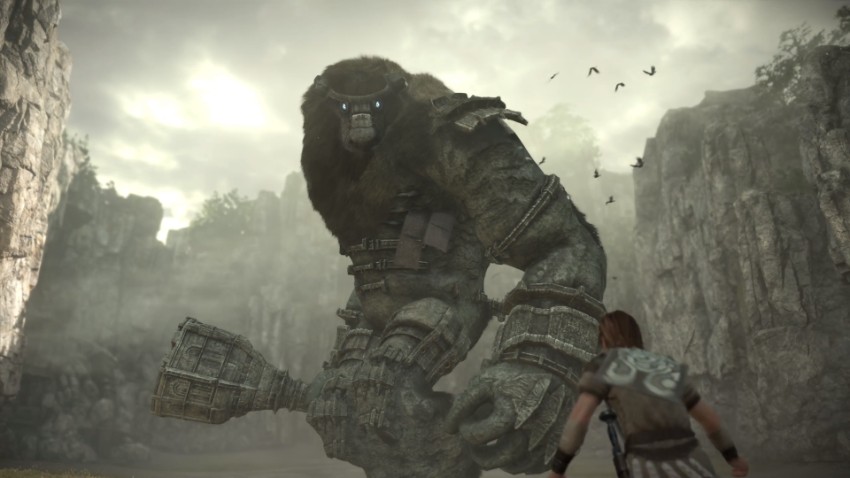 The remake of  Shadow of the Colossus returns to make great what already triumphed in PS2. Developed by Bluepoint Games, the studio responsible for the remastering of Uncharted: The Nathan Drake Collection, Gravity Rush or God of War Collection, the game features improved graphics and other important novelties so that we can relive the classic Team ICO as if it were the first time we play.

The adventure of Wander and his mare in Forbidden Land, while looking for his beloved and fighting the 16 colossi, has thrilled us again. In addition, it has shown that the classics never die and as proof, we have their good sales figures. 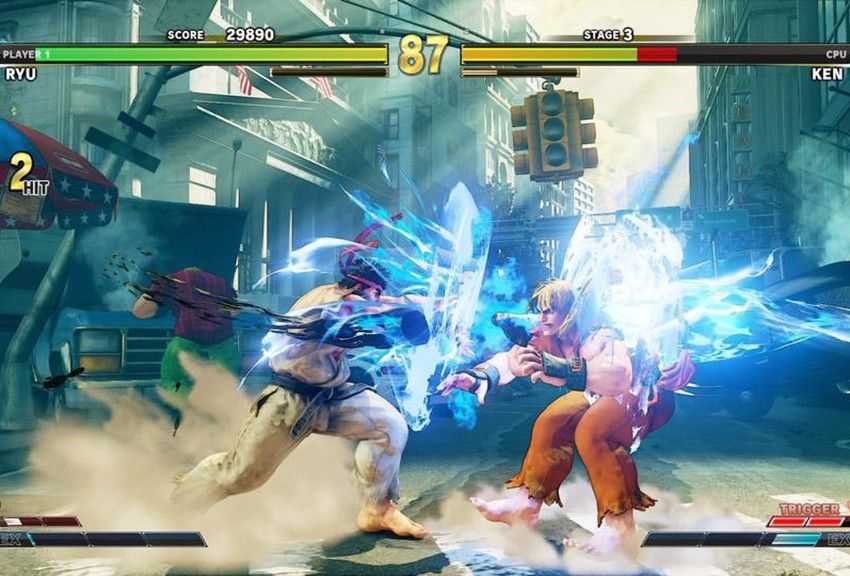 Street Fighter V: Arcade Edition is the updated version of Street Fighter V exclusively for PS4 and PC that includes new game modes: Arcade and Extra, new V-Trigger movements, a Gallery and a completely redesigned User Interface, as well as 28 wrestlers that do seem more in line with the times. An edition designed to remedy the controversies of the past, with which Capcom decided to redeem itself and offer a fighting game at the height of the legendary saga.

Yakuza 6 The Song of Life

You may Yakuza 6 is not as extensive as the previous installments of the saga (Yakuza Yakuza 5 0) but has a greater narrative load spectacular mini-games, and more refined technical section by using the dragon engine. A perfect ending to the saga. After the announcement of the remakes of the other deliveries of the series for PS4, it is even more essential.

Ni No Kuni 2 The Rebirth of a Kingdom 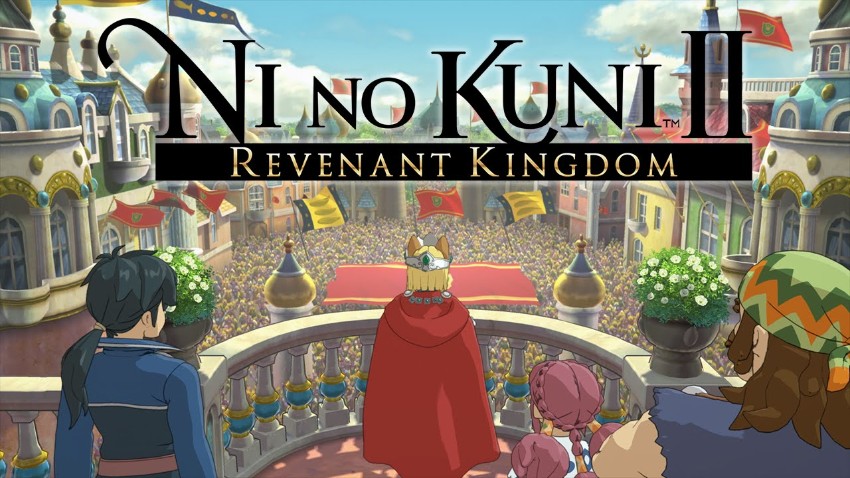 Ni No Kuni II is a magnificent role-playing game, in the Level-5 line with a very careful graphics section (inspired by the Ghibli studio anime films), a sublime soundtrack (signed by the composer Joe Hisaishi) and elements that add variety to a moving story full of endearing characters. It includes elements of strategy such as the massive battles and the management of our own kingdom. Best played with the original Japanese dubbing. 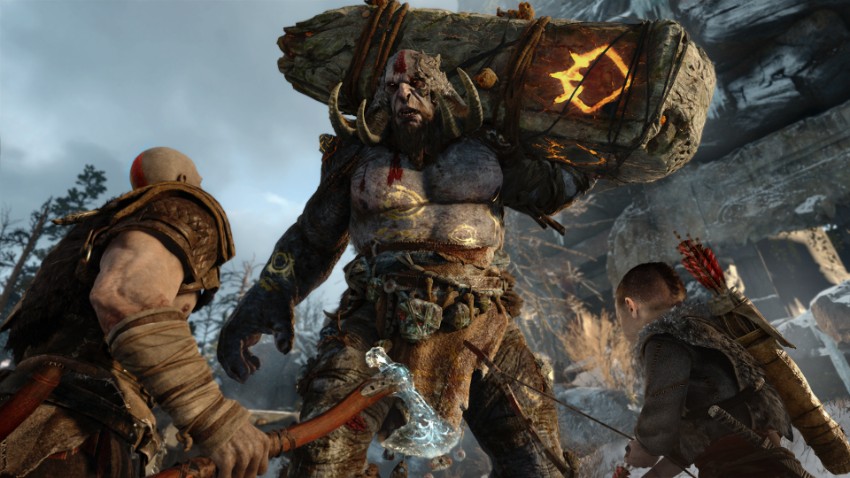 God of War is a masterpiece in all aspects. Kratos and his son Atreus embark on an epic and violent adventure set in Norse mythology. To date, it is the main candidate for GOTY 2018, because the work of Santa Monica Studios is also one of the most impressive technical games of all generation (with 4K resolution if we play on PS4 PRO) and of course, one of the great exclusive games of 2018. The only thing we can blame the new God of War is that it leaves us wanting more. 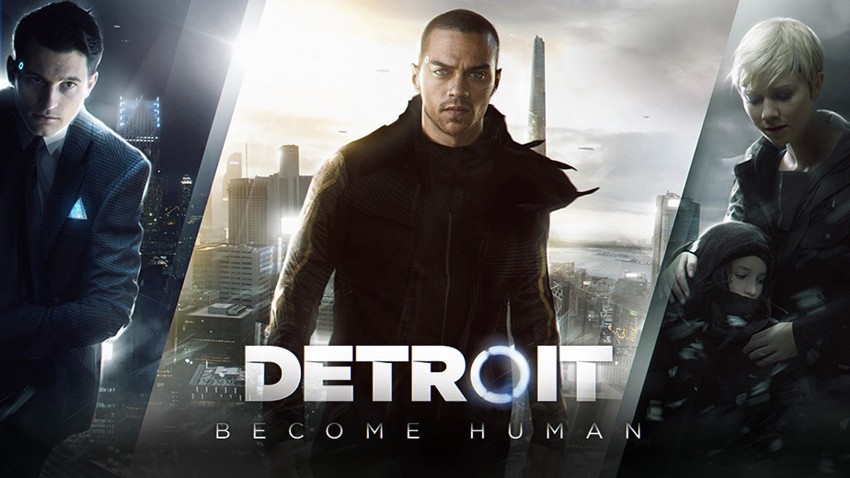 Quantic Dream, the studio directed by David Cage, offers us a cinematic experience, in which we control three androids in the near future. Detroit Become Human offers more than 40 hours of play, with different ramifications depending on the players’ choices, and can also boast a bright visual and sound level. Cage has managed to print moral issues in his work, as well as a tense argument, which becomes more exciting as we move forward. One of the best exclusive PS4 games in 2018.

Dragon Quest XI Echoes of a Lost Past 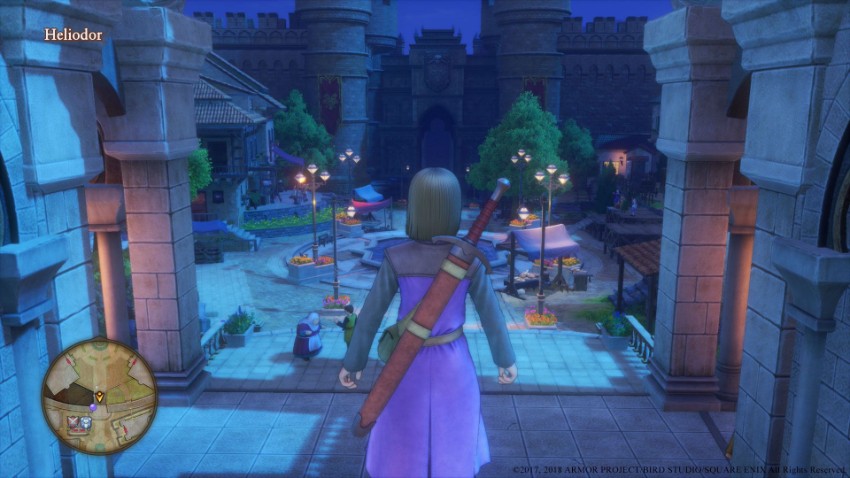 Dragon Quest XI Echoes of a Lost Past offers us one of the most exciting adventures of the year with an exciting story and characters that fall in love, as well as a lot of content to enjoy. Undoubtedly, one of the best JRPG experiences of recent times. 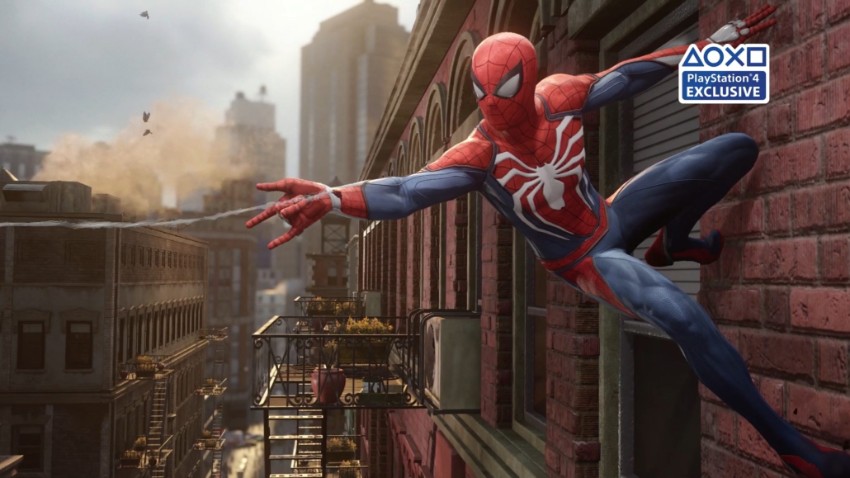 The new Spiderman game for PS4 has become one of the essentials of the console, as well as one of the best superhero games of all time. With the strength, speed and proportional agility of a spider, Insomniac brings back the most beloved superhero with a game that does not invent the web, but that excels in everything that is proposed. Marvel’s Spider-Man is amazing, spectacular, sensational and superior to any other treasures game.

For now, we end with our report with the best exclusive video games for PS4 of 2018 , but we remind you that you can take a look at our reports with the 20 best video games of PS4, Xbox One, and Nintendo Switch because all companies have a lot of titles to make us enjoy the beautiful.