Fire Emblem Heroes, if you get rid of permanent death, it is by the weight of your name 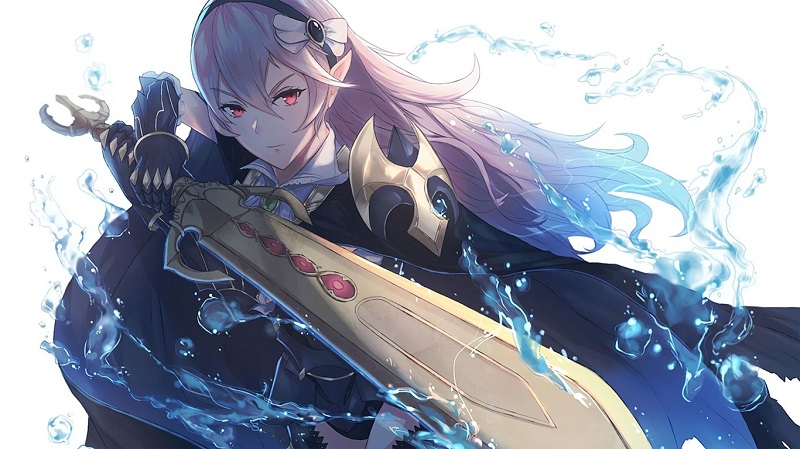 15 Feb Fire Emblem Heroes, if you get rid of permanent death, it is by the weight of your name

Posted at 14:11h in Adventure by Godfrey 0 Comments
0 Likes

Being able to play ‘Fire Emblem’ from anywhere is one of the great pleasures of Nintendo’s laptops, but we do not always carry a 3DS in our pocket. Not even the Game Boy Advance SP, one of the most cocas. Hence, the idea of bringing the saga to the world of mobile phones seemed like a dream that materialized … until we hit reality.

Sprinkled by the casualization of games for smartphones, not even a franchise as demanding as ‘Fire Emblem’ has been rid of this kind and, why not say, restrictive face based on waiting times and / or micropayments, staying at Half way. A path that will not satisfy even the most stubborn fans, nor will it know how to show the profane.

And yet, it’s not as bad as you might expect. Yeah, it just bites us. But due to its completest nature, as if a Pokémon to use was.

Everything in ‘Fire Emblem Heroes’ is reduced to the minimum expression, as we discussed in our advance of last month. Nintendo has chosen to dispense with many of its identity with the goal of bringing more of this series of Intelligent Systems, so minority (unfortunately).

Its greatest asset, of course, is to be able to count on the services of a myriad of heroes from this franchise since its inception in 1990. There will not be any of the most important, like Marth, Roy, Lyn, and a very long etcetera, until arriving to the recent ‘Fire Emblem Fates’. The problem is how we serve them on a tray.

We will no longer recruit by completing missions or talking to our Lords, but by spending Orbs given to us by completing major story battles (or bonuses given by the game itself for different events). And as if it were a lottery, in addition, being able to obtain heroes that we already had, which we can sell by Plumas (indispensable object to promote units) or merge to create a version of it.

The story here is the least. In fact, it is rather loose and only serves as an excuse to bring together all these heroes, where, incidentally, some new ones will appear, such as Alfonse and Sharena, as well as the new villain in turn, Veronica. The only truly challenging).

Adapting to the style of Fire Emblem Heroes

‘Fire Emblem Heroes’ is intended for short and direct matches that has to be very clear. The one who seeks to brainwash in marathon games where we could be surprised with ambushes of the most fucking (all with bad slime), better to return to laptops, because this is not his game.

As detailed, all maps have the same reduced dimensions of only 8×6 squares. This avoids, therefore, that there are ambushes. What we see on the screen is the only thing that will be in combat. And our units cap will always be four heroes. Interestingly, not so for the enemy, they can swing a little, both up and down.

It is not the only thing that has been cut drastically, since now, for example, we no longer have critical or evasion rates, aside from the fact that we can only equip a weapon now (the advantages of certain classes that could three types of weapons of the famous triangle of the saga).

Apart from being girded not only with a weapon, but also with a single kind of weapon (which we will improve as we raise the level of rarity to the character and spend skill points to buy the most powerful versions, such as moving from a bronze ax to An ax value, with double damage), we can equip our hero (provided he has that option available) with a supporting ability and a special one (critical movements that need a recharge time), not forgetting the three passives to improve the parameters Of the unit or its allies, as well as to damage the states of the enemies.

You may also like to read another article on GameGreatWall: All you need to know about Gravity Rush 2

A story mode that is a mere process

At first, it will not be necessary to look closely at what abilities the enemy has equipped, but for the final stretch, together with the importance of the weapons triangle (here based on colors, to make it more visual), will become indispensable. Especially because of what has already been said to be limited to only four heroes per combat and a detail that has quite meted out: not being able to place our units as we want before starting the game. And mosquea not because we can kill them (that in fact there is no permanent death, nor in the extreme level), but because of the energy we can lose and the fact of having to wait for it to recharge so that we can continue playing if we have exhausted it All

Being in its first two weeks of life, after its launch of last February 2, Nintendo is being quite permissive with the players and every day grants bonuses (mainly of orbs and hero feathers, although also have dropped potions of energy that Recharge 50 hit points), but that does not prevent the weight of micropayments to lighten the tedious waits in the higher difficulty levels (Difficult and Extreme), whose energy requirements are exaggeratedly high. The numbers should be readjusted.

At least I am grateful that you are allowed to flip through the options to, for example, disable automatic attacks by dragging your finger (we can leave it to confirm each action), remove the animations to lighten (more if possible) games, and things by The style already seen in the last ‘Fire Emblem’. There is even a specific button to see the danger zone with all the boxes to which the enemy can access (or click on each one and leave it marked), and to calmly see each profile and be able to better plot a strategy.

But as we have said, the story mode is a mere step. Each act (there are nine in total) is extremely short (five chapters each), and only the final boss will put us on the ropes for his disproportionate abilities. That is where we will begin to use, almost in all probability, the radiant aid (consumes an orb) to resurrect our fallen heroes in combat.

Fire Emblem Heroes: Be The Best

Here our goal in the end will be to achieve the greatest possible number of heroes (there are those who spent almost $1000 to get them all … minus Hector) and maximize them, each with its rarity of level 5. But Well we went through the box, as did that buoyant user of Reddit, or we spent an enormous amount of time to achieve it. Because as free-to-play as it is, the measures end up being disproportionate and will become heavy very soon.

Nor do they help other aspects, such as the requirements to promote a unit. No, here we will no longer use a Master Seal for this purpose, but rather seals and splinters of different colors (crimson, cerulean, glaucous and pure) along with hero’s feathers. The problem is that when promoting the unit passes back to level 1, and not always end up being better a hero of rarity 3 level 20 versus a rarity 2 of the same level. And that mosquea enough, because the requirements to ascend to the maximum of rarity are exaggerated, although to climb to a unit of rarity will have the advantage of unlocking much better skills. Yes we do have the incentive, in any case, to obtain another identical unit and to combine them together to earn an extra veteran.

Because in the end, after completing the story (for each act we will unlock another more difficult mode), the only thing that will remain will be the other modes, such as Coliseo, where you play online games against strangers (divided according to their difficulty), Meetings, with missions Specials with an expiration date, or already in the practice tower , the site idest to promote our heroes more comfortably (and not have to spend as many splinters or gems in the process).