Posted at 12:05h in Adventure by Bishop Arthur 0 Comments
0 Likes

We are living a year in which every so often a company surprised us with the sad news that has been forced to close its doors . The last case is played by United Front Games , creators of games like ‘ Sleeping Dogs ‘, as have warned about it in this thread on NeoGAF and later confirmed a production studio in Twitter . 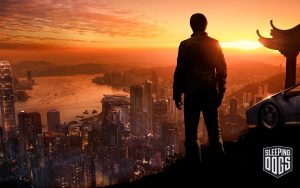 Further evidence is found in ‘ Smash & Grab ‘, the game that United Front Games was currently being developed and was available on Steam Early Access . However, because of this news title no longer is available in digital download service Valve.

The truth is that it was a surprise, since this last weekend , the game could try forfree , but the future is unknown will wait now that the company will not go ahead in the video game industry.

United Front Games was founded in 2007 and if first project was ‘ ModNation Racers ‘, that racing game type ‘Mario Kart’ which was published in 2010. Since then surprised us with ‘ LittleBigPlanet Karting ‘ or ‘Sleeping Dogs’, the popular game of action based on the Asian mafia, whose sequel Triad Wars ‘ was also canceled earlier this year.

We wish you all the luck in the world to all members of United Front Games and we hope soon to get space in another company.