The Best Platforms of The Story: Super Mario World 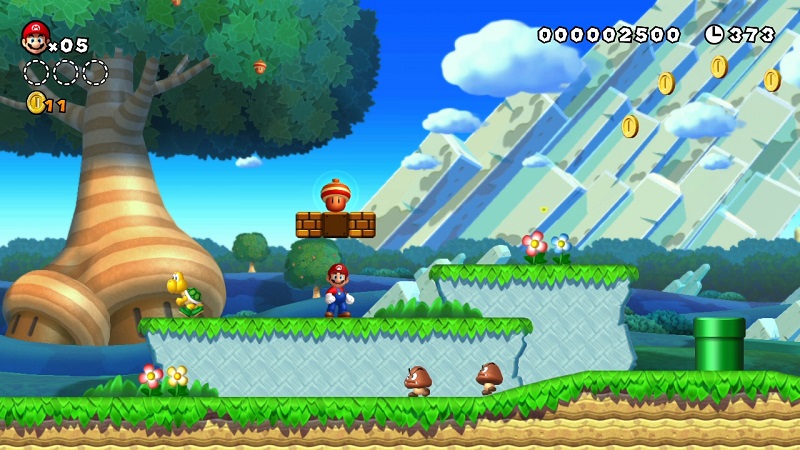 14 Jul The Best Platforms of The Story: Super Mario World

Posted at 12:41h in Games Review by Godfrey 0 Comments
0 Likes

If I had to pick five games to take to a deserted colony on Mars, Super Mario World would certainly be one of the chosen, a statement I have always been present and that curiously’ve heard or read to more than one person.

Is not only my favorite installment of the series, followed closely by Super Mario Land for Game Boy, I think that is the ultimate Mario, exact and precise formula and a genus level. All of a timeless classic able to make you enjoy this same time as it did the first day, something that cannot boast the vast majority of video games. There are many reasons why I have great esteem for SMW, but first must acknowledge that there is an emotional phone since it was next to Street Fighter II, my first game for Super Nintendo.

Beyond sentimentality and melancholy that produce the great classics, there are other rational reasons that make this game one of the best platforms ever created, but the best. When I think of, I winging my mind is the layout of your map, one of the first and exciting virtual worlds that I explored. Such a map, an incredible various plasma kingdom evolves your way, even keeping secrets and hidden levels that lead to even more magical areas if possible. This interconnected world allows us to orient ourselves and levels can be played again and again in search of secret or simply for the pleasure of repeating any of its fantastic levels. A novelty in the saga.

The variety of scenarios is not only in line with the high quality of some original, varied and demanding platforms. The wide range of enemies, each with its peculiarities and appearance, contributing significantly to create the feeling of being in a lively and rich world where every area, whether it’s a cave, a forest or a mountain, has its own rules and fauna particular. At this point it is noteworthy such haunted houses, by digging them up with the action and sound change, even how to play determined by the rules imposed by ghosts and testing of the mansions make the game become more psychological. A test of the variety and depth with which this title enriches the formula Mario.

Each world has crossed a final phase where a defiant fortress awaits us with one of the Koopalings inside; the seven children of Bowser reserve us some memorable clashes before they can see each other with their father. These fights increase stress testing our skill and precision with diving while enjoying the graphic effects of the famous Mode 7.

Another detail that makes unforgettable SMW is its sound section, capable of generating effects to create atmosphere depending on where we are. The proof is found for example when we go into the depths of a cave and appreciate as the soundtrack and effects acquire echo. Today they are normal and most obvious aspects but at that time were details that potential player immersion. The bongos are added to the soundtrack when we uploaded on Yoshi is another of the many “soniquetes” of the game that are remembered with some fondness. A soundtrack that is not there just to entertain or accompany part of the environment and adapts to the moment almost like another living element. The vast majority of his melodies were created with an electronic keyboard.

Now that we mention Yoshi is noteworthy that Miyamoto always wanted this character as an ally for Mario, but due to technical limitations it was not until the arrival of SNES when he could finally entered this friendly and voracious dinosaur. Thanks to their skills becomes a powerful weapon capable also of generating emotions in the player; superiority due to their ability to swallow and spit out enemies as projectiles. Tension, when after being beaten hastily tried to recover chasing him around the stage. It is always comforting, once we hit the concrete block, see how out of his egg to help.

It is interesting to recall the time when the delivery arrived. When Mega Drive unleashed the war most exciting ever consoles, Nintendo needed to show the world the power of Super Nintendo and titles like this SMW and F-Zero were responsible for presenting the potential that could reach the brain of the Beast. At that crucial moment came a new view of the universe Mario prepared for the jump to the powerful 16 -bit, endowed with exquisite control, sprites larger and more detailed, final bosses, stunning visuals and sound effects, new powers, starting a double with Luigi and a powerful mount called Yoshi with which to explore an incredible realm riddled with secrets and hundreds of unforgettable characters.

It is no coincidence that everything seemed straw came after me, even the influential Super Mario 64. No subsequent delivery, except for Mario Kart, has come to conquer as at the time made Super Mario World, qualifying once again that not only are the memories or the context in which it arose. Or using powerful 3D environments has managed to overcome this game and absolutely nothing happens by recognizing. Simply, it is very difficult to improve an excellent game. Visit http://diffone.com/ for more tips.