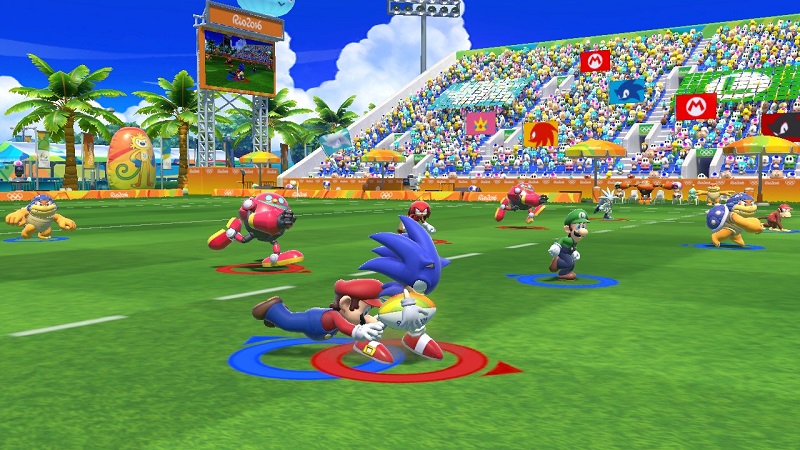 Posted at 14:30h in Games Review by Godfrey 0 Comments
0 Likes

Once already known the date on which ‘Mario & Sonic at the Olympic Games in Rio 2016‘ was put on sale in Nintendo 3DS, which would be March 18, it was still pending know when it would be released the version for Wii U.

Nintendo and SEGA saying only that it would be sometime this year, but in the last Nintendo Direct broadcast facilitated the exact day that will happen. It will therefore be the by June 24, just days before the actual Olympic Games will be held in the city of Rio, Brazil.

Along with this important fact, they have provided a new trailer dedicated to its cinematic introduction, in which you can see some of the disciplines that will be played for the first time. One of them, and who have excelled during the broadcast, is the rugby sevens, also available along with horse racing, boxing, football and many more.

You may also like to read another article on GameGreatWall: 1010 DELUXE

On stage, they have indicated that they all take place in locations that have been modeled in the image of the real scenarios of the Olympics this year in Rio. According to the date on which debuts it will reveal more news and surprises that players will encounter in this title starring Mario, Sonic and other characters from both franchises important approaches.