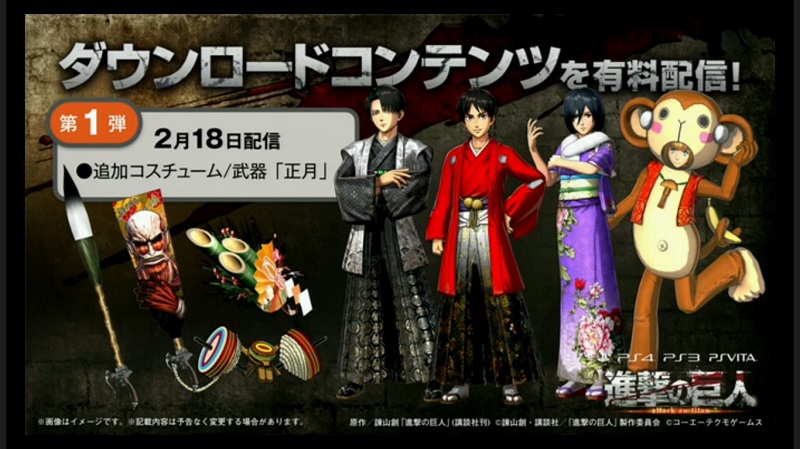 Anyone who has seen the anime ‘Attack on Titan’ or read the manga know to finish alone with any of these large creatures is a feat that only a few are able to achieve.For these cases it is always better to company and that is something that Tecmo Koei is developing with an update that will include a cooperative multiplayer mode.

This addition will allow up to four players join forces through this online mode, which will enable a free download that hit Japan on March 24, the only country where it has so far confirmed the launch, which will take place on 18th of February. 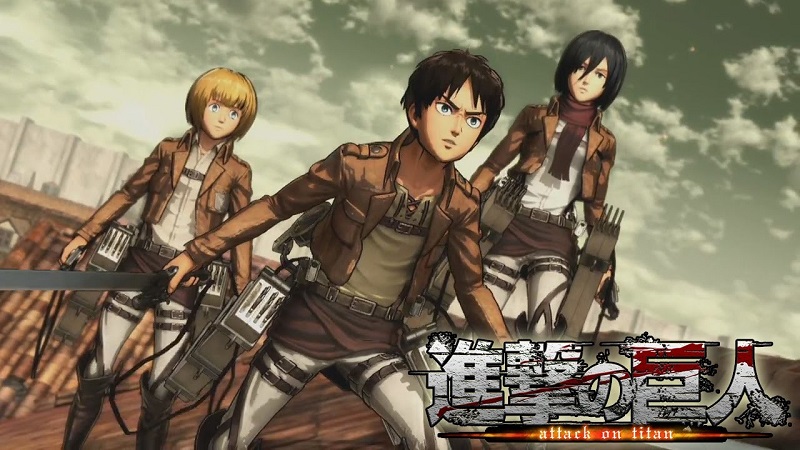 Taking advantage of the ad Koei Tecmo has dropped a few interesting facts about a series of downloadable content also have in mind be publishing over the next few weeks. To begin Feb. 18 will appear new costumes and weapons with a theme of new year. The February 25‘s costumes and weapons will be added, but more importantly, three new episodes premiere.

In March they plan to launch other few episodes between 3 and 10 March, accompanied by more weapons and suits, while the March 17 may get all the packs in full, which will mean a total of 16 suits, four weapons nine episodes.

You may also like to read another article on GameGreatWall: The Surge, new details

For our part we are still awaiting that Tecmo Koei provide more information on the date on which they plan to sell ‘Attack on Titan’ in the West. So far the only thing that is known is that in 2016 will be, but now assails us doubt whether all the aforementioned packs eventually also coming or if they are included as standard in the game destined to PS Vita, PlayStation 3 and PlayStation 4.